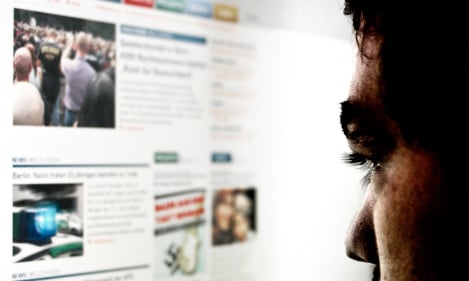 Pressure has grown on the US companies in Germany to take action after the number of xenophobic and racist comments online exploded, with the far-right taking aim at the record number of asylum seekers arriving in Germany this year.

Alarmed by a spike in posts inciting racial hatred and violence, German Justice Minister Heiko Maas had warned that social networks must not “become a funfair for the far right”.

“Complaints will be examined by specialist teams. And the benchmark to be applied will be German law and no longer just the terms of use of each network,” he added.

The three US companies also pledged to make it easier for users to report offending posts. A monitoring mechanism would also be put in place to review whether the system is working, said Maas.

The three internet giants have agreed to join a partnership with the Voluntary Self-Regulation of Multimedia Service Providers (FSM).

But critics immediately charged that Maas had failed to achieve what he set out to do when announced the creation of a joint “taskforce” to fight hate speech online.

“Maas has buckeld in the face of Facebook and Co.,” Green party leader in the Bundestag (German parliament) Katrin Göring-Eckhardt told Spiegel Online.

“[He] called far-right crimes shameful, but it's almost exactly as shameful that his ministry is doing nothing against online hate.”

There is no sign of the German-speaking team at Facebook which Maas had initially demanded be put together.

Neither will Facebook publish data on the numbers of such messages it removes or the proportion of messages reported as abusive which are ultimately taken down – another of Maas' key demands.

Instead, the social networking giant, just like Google and Twitter, will only be required to ensure “transparency by reporting to the public how it implements its terms of use with relation to removing reported content,” according to the terms of the agreement with Maas.