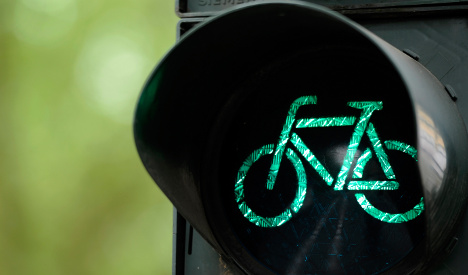 Doro H. from Münster is not new to cycling around cities – her own hometown is known as the bicycle capital of Germany.

But while cycling around Munich, she found herself facing a fine for crossing the street on her bike when she wasn't supposed to – which she blames on a misunderstanding of the Bavarian dialect, Süddeutsche Zeitung (SZ) reported on Monday.

Doro had crossed one street with the traffic light showing green for both pedestrians and bicyclists, but when she came to the next light, it only showed a green symbol for pedestrians.

Confused as to whether she had the right of away, she approached a police patrol car to ask the officers.

But when one officer answered with “Na” – meaning no in Bavarian – she heard “Ja”, or yes.

So off the 50-year-old rode, only for the light to change red while she was crossing – and for the officers to feel quite baffled as to why she had not followed their clear instructions.

The officers put on their light and siren and called to her to pull over, though it took her some time to realize they were addressing her.

She at first faced a €44 fine, but because she did not pay when it was first issued, it increased to €244.

The case came before a traffic court, where she explained her trouble understanding Bavarian dialect – and the judge sided with her.

“It appears to have been a misunderstanding. Thus, we will let it be,” said judge Gerd Schmitz, according to SZ, closing the case.

Doro in response declared she would no longer cycle in Munich.

“It is really too dangerous,” she said.