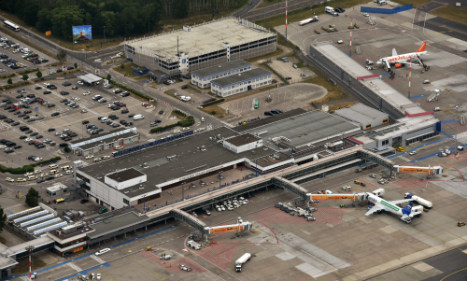 The Condor plane was being towed away for maintenance work when it brushed the metal girder mast, bringing the whole thing crashing down across its fuselage, Der Tagesspiegel reported on Wednesday.

One man, a technician, was on board when the accident happened and was brought to the hospital with light injuries.

But he was released later on Wednesday morning after being examined.

The driver of the towing vehicle was unhurt in the accident.

Other traffic at the airport, which has a permit to operate throughout the night, was unaffected.

Schönefeld, south of the city centre, is one of the capital's two operational airports.

Both were supposed to be replaced by the brand-new Willy Brandt International Airport (BER) in 2012, but its opening has been subject to repeated delays after massive failings were uncovered in the buildings' construction.