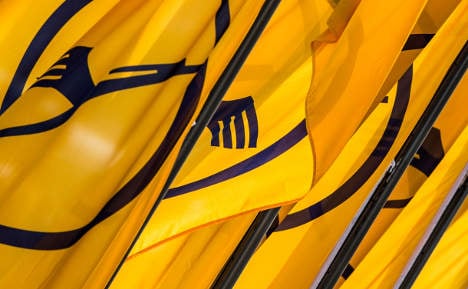 The strike is set to carry on into Monday of the following week if Lufthansa fails to appropriately respond to the union's demands, said UFO chief Nicoley Baublies in Frankfurt on Monday.

UFO has not specified which airports would be affected, but said it would not hold any walkout during the first Advent weekend of November 28 and 29.

Germany’s largest air carrier faced the longest strike in its history earlier in November when UFO called a week-long strike which affected hundreds of thousands of passengers.

“We are very disappointed that there is no willingness for dialogue on the side of the union, even though it is clear to all that we can find a solution only if we hold discussions,” said Lufthansa's human resources chief Bettina Volkens in a statement.

The dispute is over pay and early retirement provisions and dates back to December 2013, when the company decided to embark on cost cuts in the face of intense competition from low-cost carriers.

Lufthansa CEO Carsten Sphor is attempting to radically overhaul the carrier as it faces competition from low cost air lines such as Easy Jet and Ryanair.

A priority is building up the low cost sister airline Eurowings and downscaling Lufthansa's work force.

Lufthansa pilots have also been hit by the cost saving strategy and have so far gone on strike 13 times.