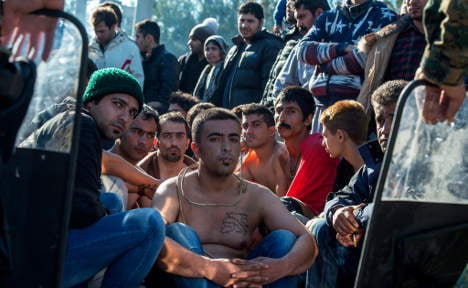 Chancellor Angela Merkel's government has opened the doors to asylum seekers fleeing conflict in Syria, and arrivals from the war-torn country and other trouble spots are expected to reach one million this year.

“Sooner or later we won't have a choice but to set an upper limit,” the council's president Josef Schuster told Die Welt daily.

“Many of the refugees are fleeing the terror of the Islamic State and want to live in peace and freedom, but at the same time they come from cultures where hatred of Jews and intolerance are an integral part.

The Central Council position was echoed by their counterparts in Austria, the Jewish Community Organization (IKG).

IKG President Oskar Deutsch told journalists in Vienna that “Some of these so-called refugees will have grown up thinking anti-Semitism is normal,”

“It would be terrible if this were to happen in Austria.”

But Schuster's comments were criticised by non-government group Pro Asyl, which said it was unfortunate the Jewish group was sharing the same position as the conservative Bavarian CSU party.

“It's disconcerting when the CSU and the Central Council of Jews are in fact demanding that we suspend the European Convention on Human Rights,” said Pro Asyl's head Günter Burkhardt.

He stressed that article 33 of the 1951 Geneva Refugee Convention bars signatory countries from sending asylum seekers back to places where their lives or freedom are threatened because of their race, religion, nationality, membership of a social group or political opinion.