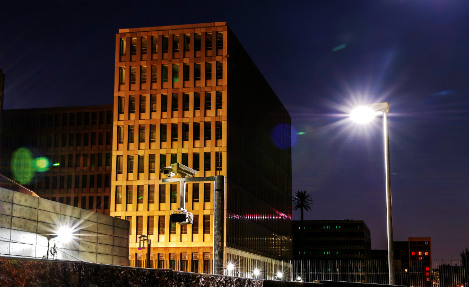 “No one trusted me with anything at the Federal Intelligence Service (BND). At the CIA it was different,” Markus Reichel told a Munich court at the opening of his trial.

Reichel's case emerged during a furore over revelations of widespread US spying, revealed by former CIA intelligence contractor Edward Snowden, which has also sunk its partner service the BND into an unprecedented crisis.

Besides accusing him of sending “scores of documents and internal information” to the US Central Intelligence Agency, prosecutors said Reichel also provided three documents to the Russian secret service in the country's Munich consulate.
Sitting in the dock, the 32-year-old appeared an unlikely agent.

After finishing his studies at a training centre for the disabled in 2004, he had been unable to find a job until late 2007, when the BND gave him a position in its mailroom.

With monthly net pay of 1,200 euros, Reichel was in the lowest salary band at the BND.

But the CIA wasn't paying significantly more, the court heard – Reichel allegedly received between 10,000 and 20,000 euros each year in cash at a secret meeting point in Austria.

In all, he obtained 95,000 euros in exchange for documents including names and addresses of BND agents. Rather, what Reichel obtained from the CIA was recognition.

“I would be lying if I said that I didn't like that,” he told the court.

Until his arrest on July 2 last year, Reichel was still working for the BND.

If convicted, he could face up to 15 years in prison.

Reichel's case emerged in the wake of revelations the United States has been carrying out widespread surveillance on global communications.

The information stemming from documents made public by Snowden strained ties between Washington and Germany, a key European ally, and led to the expulsion of the US spy chief in Berlin.