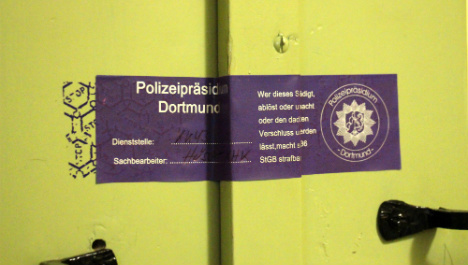 A police seal on a door at the refugee centre where the Algerian man was arrested. Photo: DPA

“He is said to have told other refugees the previous Sunday or last Monday that a bomb or bombs would go off in Paris four days later,” a senior prosecutor, Werner Wolff, told AFP.

Prosecutors are now examining if the 39-year-old Algerian arrested in an asylum seeker shelter Saturday in Arnsberg, western Germany is guilty of failing to report knowledge of a crime, and if he was indeed aware of that the attacks would take place.