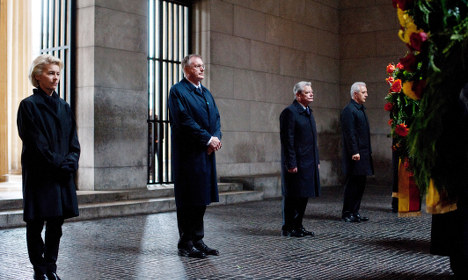 “We live in times when we are mourning victims of a new type of war. These are victims of malicious murderous gangs,” said Gauck, after Friday's attacks in Paris which claimed 129 lives.

“They are terrorists, who in the name of Islamist fundamentalism are fighting against democracy, against universal values and also against Muslims who refuse to follow their barbaric ideology,” said the president at Germany's Memorial Day commemorating the victims of World War I and II.

Gauck, a former Lutheran pastor, said however that “those who perpetrate or condone these acts must know that the community of democracy is stronger than international hatred.

“We bow our heads before the dead, but never will we bow down before terror,” he said.