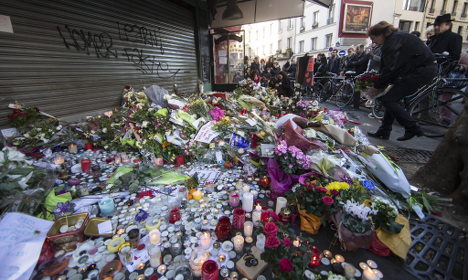 People lay flowers and candles in front of the Belle Equipe cafe in Paris. Photo: DPA

However, German authorities do not have comprehensive information on German citizens injured in the attack, the Foreign Ministry said on Sunday.

“Unfortunately, we must confirm that a German citizen is among the casualties of the Paris attacks,” a spokesperson for the German ministry said. No further information was provided.

The Paris attacks left at least 129 dead and over 300 wounded, dozens of them critically.