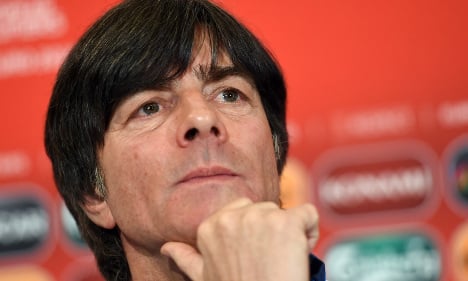 At least 129 people were killed in a series of violent incidents across the French capital on Friday, with several deaths taking place near the Stade de France where France were playing Germany in a friendly international.

The Germans are due to host Holland in Hanover on Tuesday while the French Football Federation has decided their friendly against England at London's Wembley will go ahead as planned.

The fearful German squad preferred to spend Friday night at the Stade de France, the squad attempting to grab some sleep on mattresses on the changing room floor, before flying home early Saturday.

Head coach Joachim Loew will hold a telephone conference with the team's bosses on Sunday to decide if the friendly against the Dutch should now go ahead.

“This is a very sensitive subject for the team,” said Loew, who described the events of Friday as a “nightmare”.

“Basically, I am of the opinion that we do not yield to terror and terrorists should not be allowed the triumph that we dance to their tune.”

The German team were all given today off to be with their families and did not travel to Hanover as scheduled and all appointments for the day were cancelled.

“We wanted to sleep on it for a night and then see if it is acceptable or not to play on Tuesday,” said the German Football Association's interim joint president Reinhard Rauball, who led the delegation in Paris.

“But I am of the opinion that we should not give in to terror.”