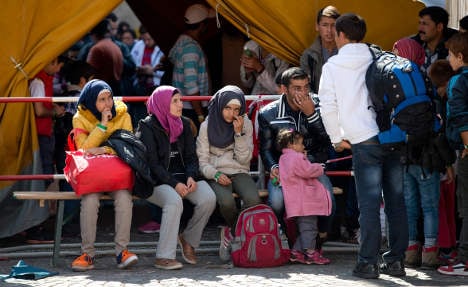 The total number of crimes committed by refugees is somewhere in the “low six-digit area,” according to police documents seen by conservative newspaper Die Welt.

The documents note that while the number of refugees in the country has risen sharply throughout 2015, the crime rate has not gone up correspondingly, but has “merely risen steadily”.

Interior Minsiter Thomas de Maizière responded to the news by saying: “The current trend shows that refugees are just as unlikely to commit crimes as comparable groups among the current population. The majority of them don't commit crimes, they are seeking protection and and peace in Germany.”

According to Die Welt, most of the crimes committed by refugees are related to travelling on public transport without tickets or theft.

Less than 1 percent of the total crimes committed by refugees are sex crimes, going against rumours spread on social media that these have become more common with the arrival of hundreds of thousands of refugees.

The rate of crime in refugee reception centres has gone up most quickly.

“Over-represented [in committing crimes in refugee reception centres] are people with Kosovar, Serbian or Macedonian nationality. Under-represented are those with Syrian and Iraq nationality,” the report notes.

“So that extremists can't manipulate people with rumours and half-truths, we need to counter them with facts,“ De Maizière said.