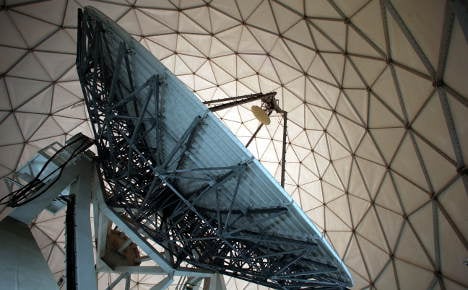 Relevant politicians within the conservative Union alliance and the centre-left Social Democratic Party (SPD) told broadcaster RBB on Friday that the two parties to the coalition had agreed to the change to the law.

The new law will apply to the Bundesnachrichtendienst (BND), Germany's external intelligence agency, making it illegal for it to spy on other members of the 28-member European Union or to engage in economic espionage of any form.

According to the authors of the law, the reforms will also increase parliamentary oversight of the spy agency.

A further point of the new law is the position of “intelligence commissioner” – a parliamentarian with special access to the operations of the security services.

“It's important that we finally make the Chancellor's statement that 'spying between friends isn't on' a reality,“ Burkhard Lischka (SPD), who was involved in drafting the law, told RBB. “That requires a clear legal boundary that we are about to achieve.“

Up until at least October 2013, the BND spied on other members of the European Union, it emerged this week.

Targets included the French foreign minister and even German diplomats.

The UN organization for children, Unicef, the World Health Organization (WHO) and the International Court of Justice in the Netherlands, were also all targeted, reported RBB.

The new law would restrict the BND to spying on telecommunications only when there is a suspicion of terrorism, organized crime or a contravention of weapons embargoes.

It will not give special privileges to the US, but the reality that the BND could only pursue targets set by the government would in practice rule out spying on Washington.

The government expects the law to be voted on in the Bundestag (German parliament) next summer and to come into force in January 2017.