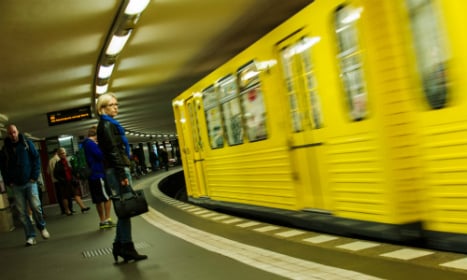 Planners had anticipated that the roof of the U2 tunnel and a connecting tunnel to the U5 would sink down – but only by 0.8 centimetres.

In fact, the roof has already lost six centimetres of height´since the start of construction on a giant hotel near the busy transport hub, Der Tagesspiegel reported on Thursday.

Now trains are limited to 15 kilometres per hour as they pass through that section of tunnel and the builders have been ordered to stop work.

U-Bahn boss Uwe Kutscher said that there is no danger for passengers, but that the tunnel could not be allowed to subside any further.

He explained that measurements had only been taken every four weeks as digging work went on at the site of the planned hotel.

The hotel on Grunerstraße is to be the largest in the Motel One chain, with 19 floors and 708 rooms at a cost of €98 million.

Guests had been expected to be welcomed into the completed hotel from 2017.