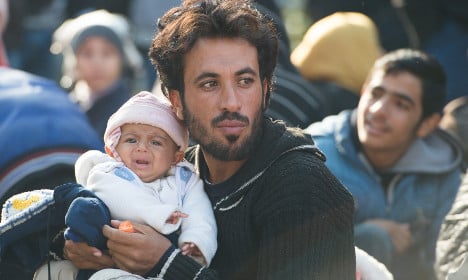 In August it emerged that for Syrian refugees, Germany had stopped following the Dublin rules, which stipulate that refugees must apply for asylum in the EU state where they first enter the 28-member union.

The move was in part to alleviate the burden on countries like Italy and Greece where hundreds of thousands of migrants have been arriving by boat.

But a spokesman for the Interior Ministry confirmed on Tuesday that Germany is now applying the Dublin procedure for all countries of origin and all member states at which migrants arrive – except Greece. This has been the case “for Syrian nationals, since October 21st”, he confirmed.

At the beginning of October, Chancellor Angela Merkel called the Dublin rules “obsolete” as they put the burden on EU states where migrants first arrive to process claims for refugee status.

Still, of the refugees currently arriving in the country, few have actually been registered in another EU country before arriving in Germany.

The Federal Office for Migration and Refugees (BAMF) reported that in October 1,777 people were sent back to other EU countries due to the Dublin rules – 5.6 percent of all decisions on refugee status made that month.

Out of all asylum decisions made so far this year, just 8.5 percent – 17,410 – have been to send people back under the Dublin rules.

De Maizière unexpectedly announced on Saturday that Syrians would no longer be awarded three years' residency in Germany and that they could no longer bring their families with them at a later point.

But it quickly became clear that his comments did not have the backing of more senior figures in the government, who said the asylum process for Syrian refugees would not be changed.

However the interior minister received backing from powerful figures in the conservative Christian Democratic Union (CDU), putting pressure on Merkel to revise her policy towards Syrian refugees.