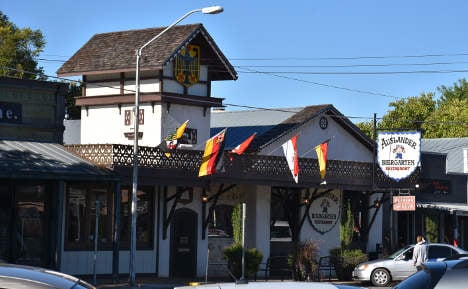 The Vereinskirche (Club church) stands on Marktplatz, Lindenbaum restaurant is directly opposite the Biergarten. Everything totally normal – that is, if one were in Germany and not Texas.

In the middle of perhaps the most American of all American states is a town that is more German than many German towns.

And with the motto “Texan hospitality, German culture” Fredericksburg, Texas – or Fritztown, as it is known – is trying to preserve this tradition.

“Texas is one of the most German states in the USA,” says Michael W. Hagee, who was once a general in the US Marines and now directs the National Museum for the Pacific War.

“The museum is here in Fredericksburg because Chester Nimitz was born here,” he explains. The town is proud of the admiral who defeated Japan in the Second World War.

“He spoke German at home. So did I,” says Hagee. “Even in the middle of the Second World War – when you went to the hairdresser or to your local bar you had a chat in German.” The museum is on Nimitzplatz. The nearby antique store is called “Der Alte Fritz” and if you're looking for a bed for the night you might end up sleeping in “Gästehaus Schmidt”.

Why is Fredericksburg so German?

“Because the German immigrants were offered really good conditions here,” says Hagee. “And because the Adelsverein supported and protected them.”

The Adelsverein was a club of German aristocrats, who in 1842 attempted to set up a new Germany within the borders of modern-day Texas.

“Baron Orfried von Meusebach led the way,” says Hagee. “He put aside his aristocratic title but not the attitude of an aristocrat.”

But the Germans who emigrated seemed to like it. In one letter a settler writes: “You only need to do half the work here that you would do in Germany to live a comfortable life. And we're free here!”

“We've always held the German language in high regard here, and we're proud of it,” says town mayor Linda Langerhans. “It has developed into its own language. It is a mix between different German dialects, but as they were in the 1840s.”

Because the place was so isolated from mainstream German culture, when something new appeared the town invented its own word for it.

“A Flugzeug [aeroplane] is called a Luftschiff,” says Langerhans.

A skunk meanwhile, which in German is called a Stinktier, is known as a Stinkkatze in Fredericksburg. Texas German is a linguist's dream. So how much of the German remains? A test on Main Street. How do Texans react when you shout out a hearty “Guten Tag”?

“Guten Tack” calls a woman back, but then says with a smile “that's all the German that I know”.

Mayor Langerhans, who is 46 years old, has a few more words. “It's a shame that my generation don't try and maintain the language. We'd rather learn Spanish.”

Twenty-nine year-old Daniel reacts to the Guten Tag in English by saying “Can I help? Can I do something for you?” He also regrets that his German doesn't stretch very far.

“My grandparents spoke it fluently. I could probably manage to order a beer.”

The mayor also fears that her generation is the last in Texas which will speak German.

“It survived two world wars. But the migration from other parts of the States and from Latin America is threatening it now.”

But just as she still has a few pieces of furniture which her belonged to her immigrant forefathers, she also tries to preserve the tradition.

“Everyone does it, even those who speak no German. It makes us unique, and it's what brings hundreds of thousands of people to us each year.”

For the children, the whole thing has one particular advantage – everywhere in the US their peers have to wait until December 25th to get their Christmas presents.

“Not by us,” says Langerhans, smiling, “we do it very German on the evening before.” 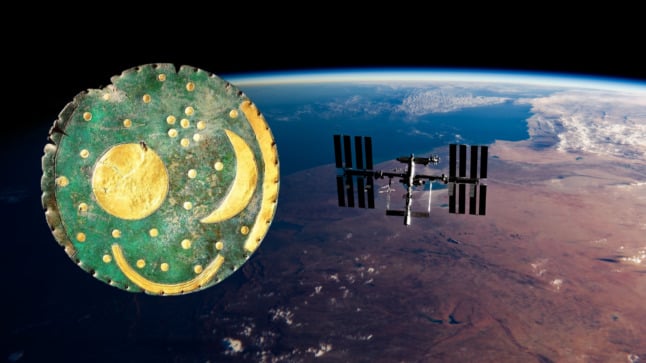 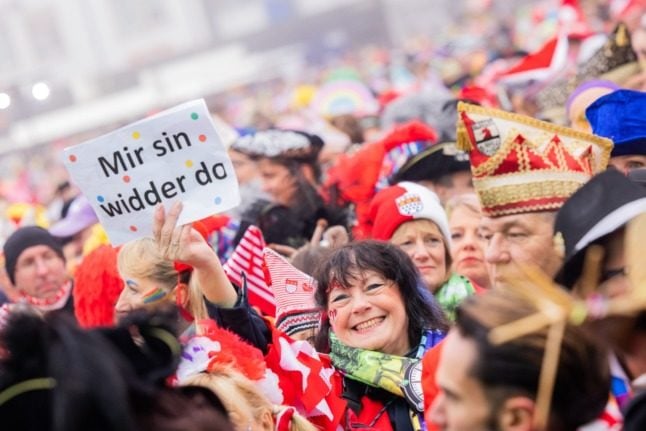