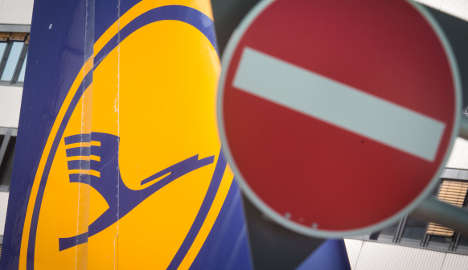 The union said that it would take customers' plans into consideration and only start the strikes at midday on Friday, reports Tagesspiegel.

“We will announce what will happen after that tomorrow before midday,” said UFO boss Nicoley Baubies.

The strikes are set to hit Lufthansa while sparing sister airlines Germanwings and Eurowings.

On Wednesday the airline offered three different alternatives, all of which have now been rejected by UFO, Focus reports.

A spokesperson for Lufthansa criticized the strikes, saying “we don't know when and where they will be striking.”

This makes it difficult to make contingency plans the spokesperson said.

“We are already dealing with cancellations and people changing their bookings,” he added.

The union is seeking to ensure that Lufthansa will not reduce its financial commitment to workers' retirement funds and gave the air carrier until Thursday to accept an offer they had put on the table.

While a dispute has been bubbling in the background between Lufthana and Ufo for two years, this is the first time it has come to industrial action.

As Lufthansa seeks to cut costs in the face of competition from budget airlines such as Ryanair and Easyjet, they have become embroiled in salary conflicts with their workforce.

Since April 2014 Lufthansa pilots have gone on strike thirteen times. The last strike was called off when a court ruled it to be illegal.