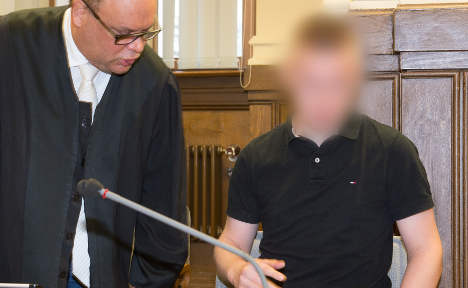 Dubbed by newspapers the “bedroom dealer” and identified only as Maximilian S., the now 20-year-old was sentenced to seven years in juvenile detention for what police described as a highly sophisticated Internet-based operation.

The defendant had since late 2013 engaged in “highly criminal activity” and “flogged almost a tonne of narcotics”, said Norbert Goebel, presiding judge at the Saxony state high court in Leipzig.

Among the drugs the young man had offered on the encrypted so-called dark net and then the open Internet and sold via mail delivery were hashish, ecstasy tablets, cocaine, LSD and prescription pills.

Police said S. had sold 914 kilos of drugs worth some €4 million, and that they found around 300 kilos when they arrested him in February this year.

Prosecutors had demanded eight years and eight months behind bars in juvenile detention, while the defence called for six and a half years.

The judge said the suspect's full confession had counted in his favour, although he had shown no true regret to the court, having often smiled broadly during his trial.

His 48-year-old mother earlier told the trial that the one-time “wild child” had become a loner, had no girlfriend, never went on holidays and had barred her from his bedroom for two years.

To hide his tracks, S. had rented computer servers in the Netherlands, used IP addresses throughout Germany, encrypted his email, sent his drugs by registered mail, took payment in the virtual currency Bitcoin and stashed his cash in bank accounts opened under false names using fake ID.

Bild newspaper said police caught him after a mail parcel with drugs was left in the hallway outside a recipient's apartment and opened by neighbours, who contacted police, sparking a major investigation.

Police said they had still not identified his supplier, Bild reported from the trial.

“In the end this was about only one thing,” said prosecutor Andre Kuhnert. “He wanted to be the greatest and best in the online drugs trade.”