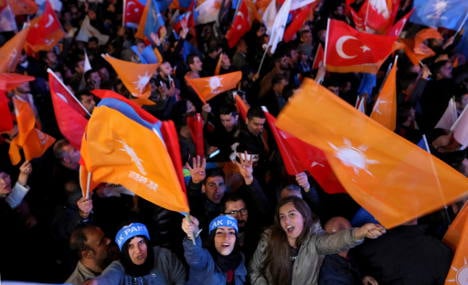 With three-fifths of the German vote, the AKP performed better in the Bundesrepublik than it did overall, winning just under half of the total electorate.

The results meant that Erdogan's party secured an overall majority in the Turkish parliament.

Around 1.5 million Turkish citizens live in Germany, making it one of the most important sources of votes in the Turkish diaspora.

The pro-Kurdish HDP party received the second highest number of votes in Germany, coming in with 16 percent of the total.

On Sunday evening as election results started to come through, there were some outbreaks of violence In Baden-Württemberg, broadcaster SWR reports.

Police in the southern state made 11 arrests in connection with several confrontations among supporters of various Turkish political parties.