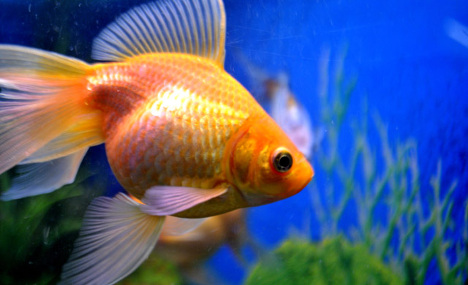 Pet fish don't go well with fire – so when one broke out in a home aquarium inside a Düsseldorf apartment on Sunday, it looked like bad news for the tank's inhabitants.

But resourceful firefighters managed to get the animals to the safety of the bathtub, reports Bild.

It wasn't a hard decision to rescue the fish, Düsseldorf Fire Service told The Local.

“Rescuing both people and animals is our main duty,” said Heinz Engels, a spokesperson for the force.

This wasn't even the first time the service has rescued fish, he said, explaining that “it does happen from time to time”.

The fire was started by a defect in one of the aquarium's upper panels. As burning plastic fell into the 250 litre tank, smoke soon filled the apartment.

When a team arrived, the heat had caused one of the aquarium's sides to burst, leaving its inhabitants in grave danger.

But quick-thinking firefighters scooped up the fish and placed them in the bathtub.

No one was in the apartment when firefighters arrived, Engels told The Local, but the owner later returned and took over the scene, and all of the fish were still alive and well when the team left.

“If there is danger, either for an animal or because of an animal, we will be there,” Engels said.

“We've rescued cats and birds that have got stuck in chimneys,” Engels explained, “and dogs that have crawled into rabbit or fox holes and can't get themselves free.”

But snakes, reptiles and other exotic animals are also on the agenda for a city fire service, he said.

The fish from Düsseldorf are now enjoying life in a new aquarium, their owner told Bild.