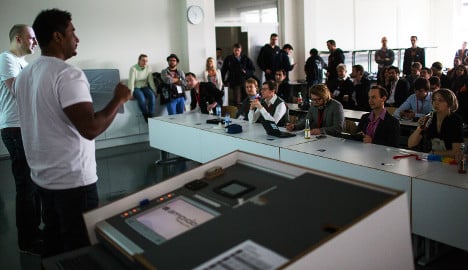 The "Startup Camp Berlin" in 2013. Berlin is where one-third of German startups make their home. Photo: DPA

Ask a startup founder in Germany how they think their company is doing right now and you'll get the cautiously optimistic answer you might expect.

Just under 40 percent of the 1,061 companies surveyed in the 2015 Deutsche Startup Monitor said that things are going well, while around half said satisfactory and just over 10 percent said badly.

But ask what they think the future holds, and things change drastically.

More than three-quarters – 76.1 percent – expect to see their company doing better in the future, while just 1.6 percent expect things to get worse.

“The people involved in startups are usually positive about their ideas and their product. You need that to be successful,” explained Barbara Szirmai, spokeswoman for Factory Berlin, which providesoffice space, services and partnerships to startups and larger corporates.

Startups are quick to hire

That confidence means that startup founders add people to their companies quickly in the belief that they'll begin bringing in cash fast.

Within a year, they have an average of 3.5 employees, compared with just 0.8 across all types of companies.

And before they get to three years old, startups have hired an average of 17.6 employees – almost a quarter of whom (22 percent) are not German citizens. The Factory is one of several Berlin startup campuses. Photo: DPA

Berlin had the highest share of international workers at 33 percent, while Hamburg had the fewest at just under 12 percent.

“Germany, especially Berlin, is slowly becoming a European startup hub – although we still have a lot to catch up with compared to London or Tel Aviv or New York. It's relatively cheaper to find employees, there are so many opportunities to connect with other early-stage companies and bigger corporates – there's a really international community of entrepreneurs here,” explained Szirmai.

Berlin's “dynamic startup scene, just like the creative scene, draws talents from all over the world here,” Julia Bösch of Outfittery (whose co-founder Anna Alex was interviewed by The Local in February) told the study authors.

“That's great for startups like ours that work for several countries while based in Berlin and are always looking for new, fantastic colleagues for their international teams.”

Berlin is capital of startups

For now, the capital remains the focus of startup activity in Germany, with almost a third – 31 percent – of the companies surveyed for 2015 based in Berlin.

That left Germany's smaller cities picking up crumbs of the scene, with Munich at 11.5 percent, the Rhine-Ruhr region at 10.3 percent, and Hamburg at 8.3 percent. But the survey authors noted that Stuttgart and Karlsruhe are making bigger inroads into the sector this year than previously, claiming 7.9 percent of all the companies surveyed between them.

“I definitely think Berlin will remain on top because of its free spirit. That's attracted a lot of creatives, a lot of people from other countries. This great startup scene that's already going on will just grow,” Szirmai said.

“There's competition from other European cities, but Berlin has the biggest potential for being the German startup capital.”

Most founders are men in their 30s

It remains relatively rare for women to found a startup company in Germany, with the proportion of female founders growing to 13 percent from 10.7 percent in 2014.

As last year's figure was a drop compared with the 12.8 percent of startups founded by women in 2013, there is little discernible trend up or down based on the current figures.

“I really hope this number will grow in the future,” Szirmai said. “I know a lot of female founders, and bigger companies are starting to support them – for example, incubators giving more seats to women.

“But as in a lot of different fields of work, there's not enough women.” Founders are on average around 35 years old, with women slightly older than men – although when asked about their first-ever business venture, the ages dropped to 28.8 years for men and 31.1 years for women.

And just 14 percent of all startup founders were more than 45 years old.

Meanwhile, only 10 percent of founders came from abroad to get their company idea off the ground in Germany.

And while almost half of founders, at 45.5 percent, said they had already started a company – and more than a fifth had started two or more – almost 90 percent said they would likely work in their present startup for the long term.

The reason there isn't a German Uber, Facebook or eBay – the multi-billion-dollar startups that haunt the dreams of venture capitalists?

It's probably because German founders are taking safer bets, with the largest number of startups describing themselves as “Software-as-a-Service” providers – offering back-end services to other companies rather than ordinary consumers – at 15.3 percent.

That was followed by ecommerce at 10.1 percent and software development at 8.6 percent.

While they may not be making headlines in the mainstream press, almost half of founders – 40.5 percent – said that their product was something never-before-seen in the global market.

That was a drop compared with 2014's 47.3 percent – although an additional one-fifth thought their product was totally new in Germany and almost 15 percent said they had created a novelty in Europe.

Germans put their own money into startups

Entrepreneurs in Germany are still very reliant on their own money, with almost 80 percent saying that they had used their own savings to found their companies.

The second most popular source of financing was friends and family at 32.7 percent, with “angel” investors, government grants, venture capital and other sources all tapped by well under a third of founders.

But the number of founders who were already financing themselves with cash flow from their business had grown to 20 percent in 2015 from 14.5 in 2014.

And in a world where the possible outcomes are few – make money, get bought out, or go bust – that's perhaps the most encouraging sign of all. 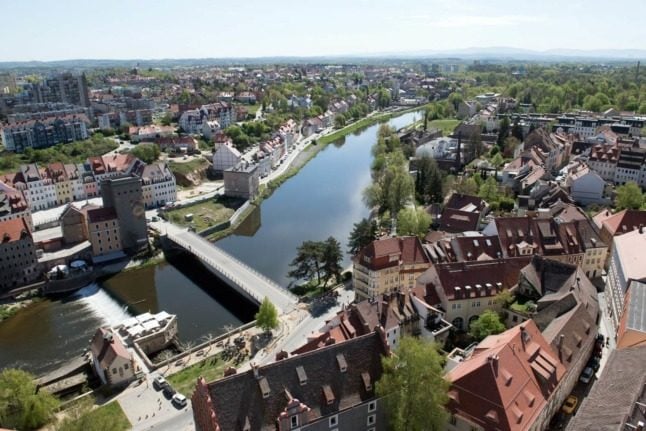 JOBS
EXPLAINED: The surprising parts of Germany where new businesses are blooming 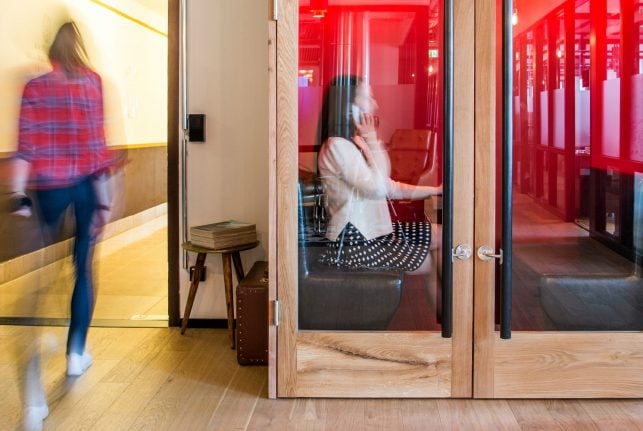