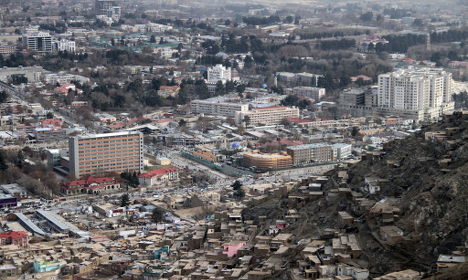 A view of Kabul, where the aid worker was kidnapped. Photo: AFP

“The German GIZ employee, kidnapped some nine weeks ago in Afghanistan, is free again,” GIZ said in a statement.

Her general condition “is good, considering the circumstances”, it said, adding that the woman was “very relieved and happy” at being released.

German Foreign Minister Frank Walter-Steinmeier, on a visit to Tehran, also said he was “very relieved” at the news and thanked the Afghan government and the country's security forces, without giving details of the circumstances surrounding the woman's release.

The aid worker, whose identity has not been made public, was taken on August 17 from a central Kabul neighbourhood where a number of foreign aid agencies are based.

Security forces at the scene told AFP at the time that she was forced out of the vehicle she was travelling in and hauled away by armed men.

The incident marked the second abduction of a GIZ aid worker since April, when an employee of the agency was kidnapped in the restive northern province of Kunduz. He was rescued in a police operation after 40 days in captivity.

Aid workers in Afghanistan have increasingly been casualties of a surge in militant violence in recent years.

In April the bullet-riddled bodies of five Afghan workers for Save the Children were found after they were abducted by gunmen in the strife-torn southern province of Uruzgan.