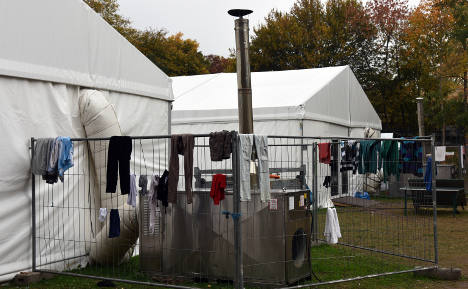 Members of Merkel's Christian Democratic Union (CDU) accused her of breaking promises and warned of a “national catastrophe” if the influx of refugees is not stopped.

The Bundestag (German parliament) is set to pass laws narrowing the right to asylum on Thursday.

The package of laws to be passed will establish the west Balkan countries of Albania, Kosovo and Montenegro as “safe countries“, making it virtually impossible for people from the region to be granted asylum in Germany.

The laws also include a strengthening of non-cash benefits for asylum seekers and the reduction of benefits for those whose applications have been rejected.

Asylum seekers who are seen as having a strong case will also be provided with integration courses before their applications have been granted.

Wide support for the bill is expected in the Bundestag, and it is set to face the Bundesrat (the upper house) on Friday.

Experts from the Kiel Institute for Global Economics (IfW) estimate that the annual costs for supporting refugees will be around €45 billion.

Matthias Lücke of the IfW said at a conference in Kiel on Wednesday that this meant that tax increases were likely in the medium term.