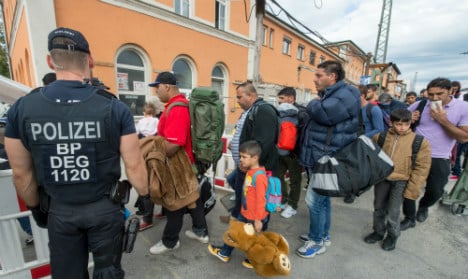 Armed confrontations were the main reason why 92 percent of 889 Syrians surveyed said they left their homes, German-Syrian charity Adopt a Revolution told journalists in Berlin.

Only eight percent said that they wanted to stay in Germany for the long term.

Adopt a Revolution spokesman Elias Perabo said that the results show clearly that Syrians want to return – although the essential precondition was the removal of dictator Bashar al-Assad.

More than two-thirds of the refugees – 70 percent  – said the Assad regime was responsible for the conflict in their country, while 32 percent blamed Isis.

“The German government and the EU must recognize that the greatest cause of flight in Syria is Assad and his barrel bombs [improvised explosives dropped from aircraft] and adapt their policies accordingly,” Green party leader Cem Özdemir said in response to the findings.

“We have to bring an end to the brutal terror of Isis in the region, but as long as Assad rules in Syria, the country will not find lasting peace.”

That prospect still seems far away, with Chancellor Angela Merkel recently saying that Assad must be involved in any peace negotiations in Syria.

Russia has also stepped up its military aid to the Assad regime in recent days, in a bid to keep the Moscow-friendly leader in place.