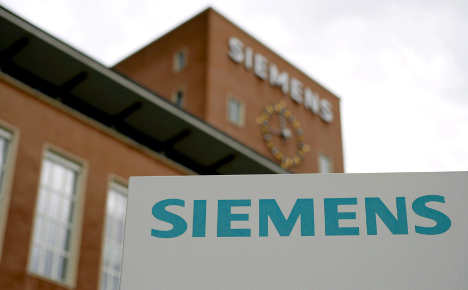 Truppel is the first person in the nearly four-year-old case to plead guilty.

Truppel, a citizen of Argentina and Germany, was among nine former executives and agents of the German industrial giant that were charged in the United States with allegedly bribing Argentine government officials in December 2011.

Truppel pleaded guilty to one count of conspiring to violate the US Foreign Corrupt Practices Act and to commit wire fraud before US District Judge Denise Cote, Bharara said.

“Andres Truppel has admitted to playing a significant role in the massive Siemens bribery conspiracy that spanned over a decade,” Bharara said.

“Truppel and his co-conspirators funneled close to $100 million in bribes to government officials, including wiring more than $7 million in bribe money to a bank account in New York, and filed a fraudulent arbitration claim in the United States that included a false witness statement from Truppel.”

The Argentine government awarded the national identity card project to Siemens in 1998.

Siemens agreed in 2008 to pay $1.6 billion to the US and German authorities to resolve corrupt practices charges in connection with the case, and helped in the investigation of those charged.