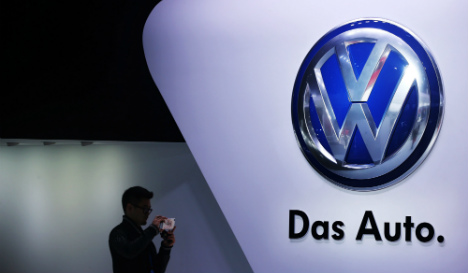 How much longer with Volkswagen be synonymous with 'Das Auto'?

Read German headlines on the scandal over Volkswagen's (VW) cover-up of its diesel vehicles' high emissions and you'd be forgiven for thinking that the only thing at stake was who will be the next CEO or how low the share price has plunged.

And it's true that the internal company manoeuvering will make for fine spectator sport in the coming weeks – and that the company's plunge in the stock markets will likely create an opportunity for daring investors.

But a company as global in scale as VW – which turned over €200 billion from its sales in 153 countries last year – doesn't operate in a vacuum.

It's one of the brands that has come to stand for Germany abroad, and for everything that German-made goods represent – good design, high-quality engineering, flawless manufacturing and impeccable reliability.

That goes for everything from Braun beard trimmers to Airbus A380 fuselage sections and hundred-metre-tall wind turbines.

If just one of Germany's globally respected brands is shown to have abused the trust placed in it by hundreds of millions of people, the damage to the country's reputation as a whole could send those numbers tumbling.

Corporate reputations are hard to earn and easy to ruin. National reputations are less fragile, yet when iconic companies like Volkswagen become part of a national image, their missteps can hurt that image – and the exports it brings.

And Germany really doesn't want to find out what it means to be one of those eurozone countries – like Greece or Spain – which haven't been able to export their way to success.

What's worse, the Volkswagen scandal comes at a time when as a nation Germany has been leading the way in environmental protection.

Chancellor Angela Merkel successfully fought for agreement between the G7 nations in June over a binding target to reduce greenhouse gas emissions so as to keep global warming to below two degrees. Chancellor Angela Merkel with US President Barack Obama and other world leaders at Schloss Elmau in Bavaria in June. Photo: DPA

She has tried to have her own country lead by example by taking a big gamble on the “Energiewende” (energy transition), giving up nuclear power and highly-polluting forms of generation like brown coal and pushing for clean energy.

Germany has been pushing hard to get other nations to follow suit in the run-up to the COP 21 climate conference in Paris this December, which has been billed as a last chance to achieve a binding agreement on limiting man-made climate change.

Those goals won't be achieved by diplomats sitting around a table, but by ordinary people and companies honestly putting into practice the agreements they reach – something people everywhere will be questioning in the wake of the VW scandal. And other nations are now even more sure to ask why they should agree to hobble their own industries while those of advanced countries like Germany get to both make and break the rules.

Resentment and disbelief in Europe and the US' good faith at the negotiating table could hobble negotiations whose outcome is far more important than the ultimate fate of Volkswagen, or even that of the Federal Republic of Germany.

That's why Chancellor Angela Merkel called late on Tuesday for “full transparency” and for VW to “clear up the entire matter” as soon as possible.

Because VW's lies and cover-up don't just threaten 500,000 jobs at the company, or billions of Euros in trade, but the guttering light of hope that mankind can overcome the climate crisis in the most German way possible – a hard-fought consensual agreement reached around a negotiating table.