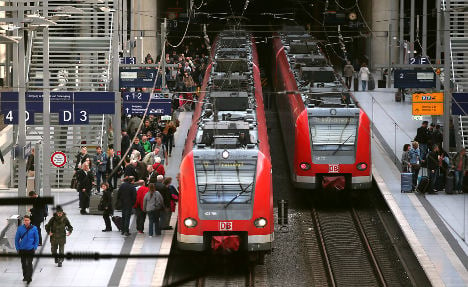 Trains between Munich, Salzburg and Budapest have been cancelled. Photo: DPA

The route from Budapest via Salzburg, Austria to the southern German city of Munich has been taken by tens of thousands of refugees in recent weeks.

Overwhelmed by the record influx, and seeking to register the asylum-seekers as they enter the country, Germany on September 13 temporarily reintroduced border controls.

Deutsche Bahn said in an online message that due to the border controls, “the long-distance routes of Deutsche Bahn will be suspended, initially until October 4, 2015, between Munich-Salzburg [Austria] and Budapest [Hungary]”.

All regular passenger services would be cut between Salzburg and Munich, DB said, although passengers could travel via other routes to the Austrian capital Vienna.