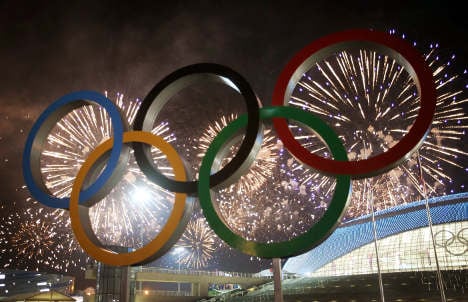 The International Olympic Committee announced the shortlist on Wednesday featuring Hamburg, Paris, LA, Rome and Budapest – and will announce the winner two years from now in September 2017.

Hamburg has never hosted the Olympic Games, and it appears that most Germans don't particularly fancy its chances, with 49 percent saying they didn't think Hamburg had a good chance of winning.

Germany hasn't hosted the Games since 1972 in Munich, and it was actually Berlin that had the strongest voice in the campaign for the bid. But in March, Interior Minister Thomas de Maiziere announced that it would be Hamburg that would be putting its foot forward. During its campaign for the bid, Hamburg had promised to build a brand new stadium for the Olympics, while the German Olympic Committee said Hamburg “offers a fascinating and compact Olympic concept and the development of a north German and north European metropolitan region can be promoted”.

The Hamburg bid is all about sustainability. All venues will be in walking distance of each other and the whole event will be carbon neutral with the plans in motion to 'up-cycle' the arenas once the sporting extravaganza is over.

But two hurdles lie between the Hanseatic city and the finishing line. In November there will be a referendum in the city to see if people even want to host the games. On this count at least, Hamburg mayor Olaf Scholz is confident, saying that he is “very, very confident a big majority of the people of Hamburg will vote yes.”

But what about the second hurdle, the stiff competition the harbour city faces from the other metropolises who've tossed their hats into the ring?

By 2024 it will have been 100 years ago since Paris last hosted the Olympic Games, leading some to ask whether it's time the French capital had another go.

The bitter taste left after being edged out by London for the 2012 Games is no doubt still lingering for Parisians, who some claimed were far too confident with their bid and took their eye off the ball. But has Paris learned its lesson from those defeats?

The proposed plans would come at a cost of €6.2 billion, which is around half the cost of the recent London games.

If Paris does win, mostly existing infrastructure will be used for the events and the only thing that would need to be built is a swimming pool, an Olympic village for the athletes, and a media centre.

Budapest put in the latest bid of all five cities, nominating itself in July this year. The local public isn't extremely warm to the idea, with just 49 percent of Hungarians hungry for the Games.

We still don't know too much about the Budapest bid, except that the budget is an impressively sleek €2.4 billion – the cheapest of all. In fact, this is Hungary's main argument for why it should host, taking advantage of the David and Goliath card in true Olympic spirit. It's committee urged the IOC to take a chance on a smaller city for a change, citing the games of Stockholm and Helsinki in 1912 and 1956 respectively.

Los Angeles can lay claim to having the most recent experience of playing host, having held the summer Olympics in 1984. While that might feel like only yesterday for some of us, it will have been 40 years ago by the time 2024 rolls around. (The Los Angeles Coliseum, which played host to the 1932 and 1984 Summer Olympics. Photo: AFP)

The city will be acknowledged for its reputation of being a capable host, with some commentators noting the successful reductions to traffic in the city when the Games were being held in 1984.

LA is likely to struggle, not least because it was a default entry after Boston pulled out late in the game.

Another obstacle for the Americans is that by 2024, the Games won't have been held in Europe for 12 years, since London in 2012. The IOC will be keen to keep Europe in the loop.

The US city, which calls itself the “Eastern Capital of the Pacific Rim” in the promotional video for the Olympics below, has budgeted €4.1 billion and expects €1.5 billion in private investments.

Rome is a strong candidate which would provide a stunning backdrop to the Olympics – and it was the first city to officially announce its bid (back in 2014).

The Italian city has a smaller budget  of around €4 billion and previous experience hosting the Olympics (most recently in 1960). (The Colosseum in Rome. Photo: DPA)
Rome has the former Ferrari president Luca di Montezemolo at the helm of its bid for the Games, who has pointed out that existing infrastructure would be used, and that events could even be held in nearby cities like Florence, Naples, or Milan.

The biggest negatives for Italy are the concerns about the cost. Italy had to shelve its plans to bid for the 2020 games over rising costs as the country battled an economic crisis.

Rome's “professional campaign” has been praised by international sports officials, but it has been attacked in Rome by some politicians who fear that the Mafia could take over contracts.

PARTNER CONTENT
93 percent of this MBA’s graduates have doubled their salary
Url copied to clipboard!