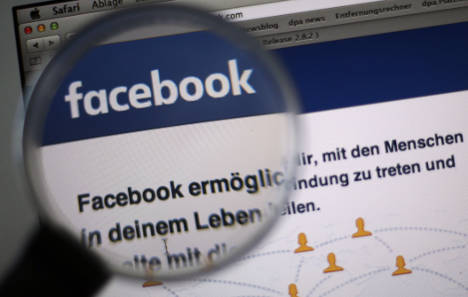 The social media giant announced that it was taking measures to counter hate speech on its site just hours before a planned meeting with Justice Minister Heiko Maas to discuss the topic.

In August, Social Democratic Party (SPD) bigwig Maas wrote to Facebook inviting them to a meeting to discuss what he saw as a failure to act against violent and xenophobic comments which had proliferated due to the refugee crisis Germany is currently dealing with.

“Facebook users especially complain that your company has not taken effective action despite concrete indications of xenophobic and racist 'posts,'” read Maas' letter.

Weeks ago Germany's most popular film star, Til Schweiger, blasted fans who left dozens of anti-immigrant comments on his Facebook page after he appealed for donations for a refugee charity.

And a German TV journalist's impassioned appeal last month for an “uprising of decent people” against racism and attacks on asylum-seekers was viewed more than five million times via Facebook alone within 48 hours, drawing an outpouring of both support and scorn.

Facebook said in April it would not allow the social network to be used to promote hate speech or terrorism as it unveiled a wide-ranging update of its global community standards.

The company's measures include signing up with the Voluntary Self-censorship Service Provider (FSM) a group Facebook describes as a “leading organization in the realm of internet security,” and setting up a task force to find solutions to the problem of racism on the internet.

The third step the US-based company announced was the implementation of a campaign for 'counter speech' in Germany, jargon which means fighting xenophobia through discussion and informed criticism rather than deletion of offensive post.

“The majority of the 27 million people who use Facebook in Germany do so in a very positive manner,“ said Facebook Germany's policy manager Eva-Maria Kirschsieper in a statement.

“We have seen how many groups have been organised on our platform aiming to help refugees. But a very small minority have been spreading opinions that cross the line of acceptable behaviour.”

But for critics, encouraging 'counter speech' is an excuse for Facebook to continue its laissez faire attitude to threatening comments.

“A lot of what is posted is not only in breach of German law, it is also against Facebook's own guidelines,” said Konstantin von Notz, digital spokesperson for the Green Party.

“There are people who openly describe their fantasies of torturing or rape – that is unacceptable,” he added.