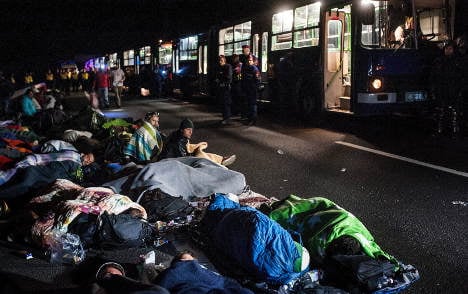 “I believe we could surely deal with something in the order of half a million for several years,” the vice chancellor said Monday evening on ZDF public television.

“I have no doubt about that, maybe more,” the leader of the centre-left Social Democratic Party (SPD) said, as Germany expects to receive 800,000 asylum-seekers this year, four times the 2014 total.

However, Gabriel stressed that other European countries must also accept their fair share as refugees keep fleeing war and poverty in the Middle East and Africa and head for the 28-nation EU.

“We can't just take almost one million people every year and seamlessly integrate them” into German society, he said.

Germany would keep accepting “a greatly disproportionate share” among EU members “because we are an economically strong country, without doubt”, said Gabriel.

But it was unacceptable for the EU to keep relying on just a few countries, such as Austria, Sweden and Germany, he added, saying that “that's why I am certain that European policy needs to change”.