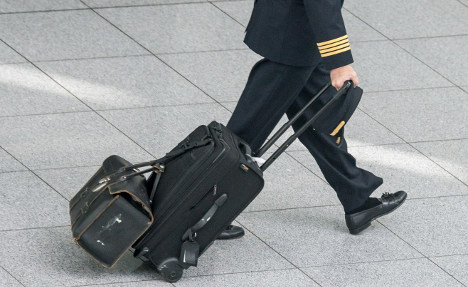 No VC members will be at the controls between 8 am and midnight on Tuesday September 8th, the union announced in a statement early on Monday morning.

All Lufthansa passenger flights using Airbus A380, A330/340 and Boeing 747 aircraft – meaning all long-distance flights leaving Germany – will be affected.

“Lufthansa offered twice to re-open talks with VC at the weekend. These only seemed promising at first look. A closer analysis showed however that the content was once again free of substance,” the pilots wrote in their statement.

A Lufthansa spokeswoman said that the company had made a “far-reaching, comprehensive” offer to VC.

But CEO Carsten Spohr said in Stuttgart on Sunday evening that “the financial market appreciates it if we remain tough in these labour disputes”.

13 walkouts in a year

Pilots say they have no option but to strike for the 13th time since April 2014 – at an estimated total cost to Lufthansa of around €300m – after repeated attempts to find compromise with management have failed.

The main battles have been over raising the age at which Lufthansa pilots can take early retirement and creating new pay grades for workers in the group's low-cost branches such as Germanwings.

Mediation efforts between the parties fell through in July, while the pilots say their latest offer of an “alliance for growth and employment” with “extensive concessions worth over €500m” was rejected by bosses.

In exchange for a softening of management plans to reduce the number of pilots at Europe's biggest airline, VC had committed to more “competitive” labour costs, they said.