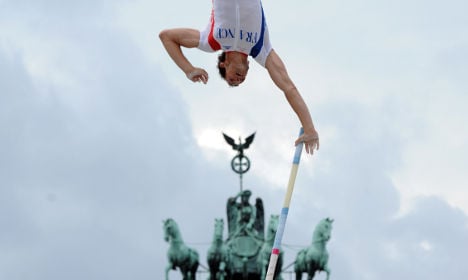 Germany's Raphael Holzdeppe, who took silver behind Barber, will also be in the mix along with Polish pair Piotr Lisek and Pawel Wojciechowski, who shared bronze with Lavillenie in Beijing.

“My main goal is to come through the competition in a healthy state. It's always a bit tricky at the end of a long season,” Holzdeppe told German broadcaster ZDF.

“It's a big meeting in Germany and it's missing on my CV, so it would be nice to win it this year.”

Organisers regret the absence of reigning Olympic champion and 2013 world champion Robert Harting, who has won the event five times in a row, but sits out the discus competition after a knee injury to focus on defending his title in Rio next year.

“I'm very sorry for Robert Harting that he won't be there,” said meeting director Martin Seeber,” but I'm sure our audience will see some world-class action again.”