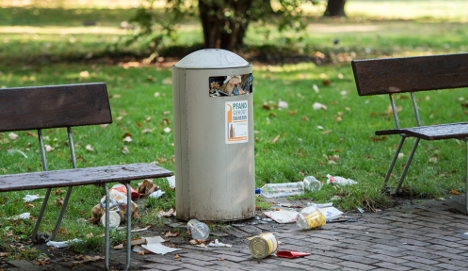 An 87-year-old retiree was collecting recyclable bottles to exchange for cash in Wuppertal, North Rhine-Westphalia on Monday afternoon when he peered inside a garbage container that had shockingly valuable contents.

Inside the bin were three envelopes, stuffed with cash totalling €12,000.

But instead of pocketing the loot, the pensioner decided to take it to the police station. Police said they were “astonished” when they counted the bills themselves.

“Even though he surely could have used the money, he made his way immediately to the next police station to turn it in,” Wuppertal police said on Tuesday in a statement.

Police are now investigating where the money came from.