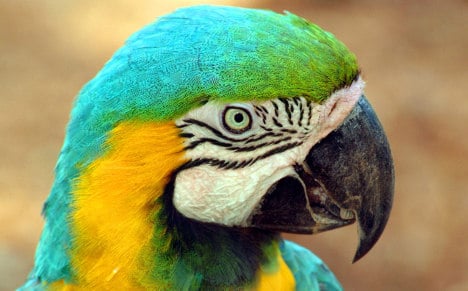 Diego, a macaw from Göttingen, was enjoying a flight out in the garden when he landed in a tree and refused to come down, RTL reported on Monday.

At around 20 metres (65 ft) off the ground, Diego was well out of reach – so after failing to coax him back down to earth, owner Monika decided to climb into the tree herself to rescue the pet.

However, once up among the branches, Monika found herself stuck.

The heroic 20-metre climb had left the pet-owner so exhausted that she was terrified of falling if she tried to climb down, firefighters told RTL.

“We had to send in the high-up rescue unit,” said Torsten Kliem, of the Göttingen Fire Service.

“One member of the rescue team climbed the tree, got hold of the bird and supported the woman. We then lowered the bird to the ground in a pouch.”

Assisted by the rescue crew, Diego's owner was then able to climb down from the tree. She later thanked the firefighters who helped her.

“Without them, I probably wouldn't have managed to get down, especially holding on to the parrot,” she told RTL.

This unorthodox rescue is likely to cost the pet-owner several hundred euros.