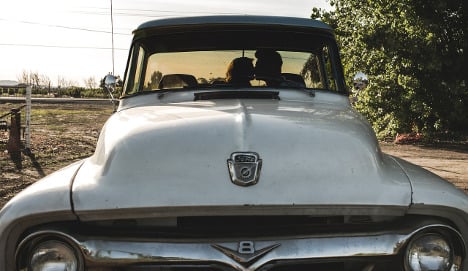 The poll found that 56 percent of Germans said they had used their car at least once while one-fourth said they had steamed up their vehicle’s windows on more than one occassion.

The survey, published on Thursday, was commissioned by Fahrerbewertung.de – an online portal that allows people to rate the road behaviour of other drivers in order to encourage responsible driving.

People from Saarland and Hesse found the car particularly good at getting their motors running, with 77 percent of Saarlanders and 69.9 percent of Hessians saying they had got the wagon rocking at least once.

“Sex behind the wheel seems to be a big turn-on for many people,” said Arno Wolter from Fahrerbewertung.de.

“However, only 10 percent of couples said that they had performed such activities in a parking lot. One should hope that the rest of the people were not all driving while they engaged in sexual activity.”

Wolter added that federal statistics show about 86 percent of accidents are caused by risky driving behaviours.

“Drivers should avoid all distractions when driving,” Wolter said.

East Germans were either more conservative in the backseat – or perhaps just preferred the bed – with 47 percent saying they had gotten cosy in their cars.

Age did not seem to be much of a factor in whether someone had had coitus in their clunker. Twenty to 30 year-olds were just as active as 50 to 60 year olds, the survey found.

There was also not a significant difference between men and women, though men seemed to use their cars for sexual purposes slightly more frequently than women.

But perhaps mum and dad, or those in crowded flats, are more likely to seek out more private spaces for intimacy.

People who lived in four-person households were 50 percent more like to have had sex in their car than those who lived alone.