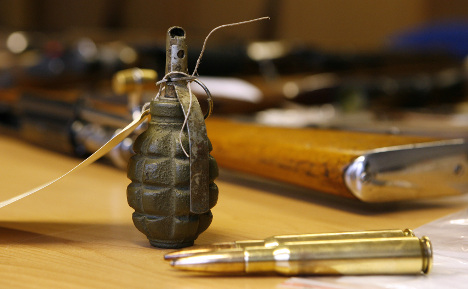 Police said in a statement that the 49-year-old man reported the metal object – placed on top of a bin containing grit for spreading during icy weather – at around 6pm.

Officers responding to the call ordered train traffic to be shut down and the station evacuated until federal police bomb disposal experts could reach the scene.

Since the bomb squad found on closer inspection that the grenade had no fuse, they were able to transport it away safely for further tests.

These tests showed that the grenade did contain live explosive material, although there was no chance of it going off without a fuse.

The station was declared safe again at 8:20pm.

Detectives in nearby Fürstenfeldbruck are investigating persons unknown on suspicion of breaching weapons control laws.

Witnesses are asked to get in touch with any information.