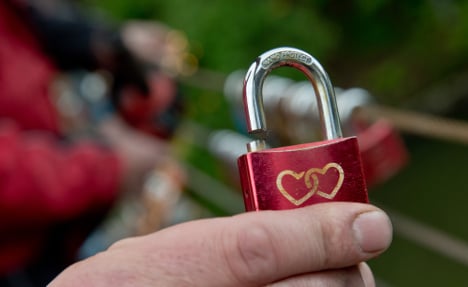 For over a third of Germans, money is an important factor when choosing a partner, a recent survey by Postbank has revealed.

And as far as women see it, stinginess is never “cool,” Hamburg-based relationship coach Eric Hegmann warned The Local.

In a survey conducted by the German retail bank, only 62 percent of German respondents said they didn't mind what their partner's salary was, reports Frankfurter Allgemeine.

Nearly 14 percent of respondents said they specifically wanted to find a partner who earned more than them.

Money is definitely an important theme in relationships, Hegmann said.

“Having a similar attitude towards money helps to prevent relationship crises,” he told The Local, “so it's understandable that people view salary as important.”

The dating game has changed in recent years, Hegmann explained.

“In times gone by, bosses would sometimes marry their secretaries, because there was a lack of women who were both well-educated and good-looking,” he said.

But nowadays, “both men and women are searching for partners who have the same social status as themselves.”

This means the gap between rich and poor is growing in society, Hegmann suggested.

The Postbank survey also unearthed some differences between genders.

While around 20 percent of women said they'd like a partner to earn more than themselves, only 8 percent of men said this was something they would look for.

Around 65 percent of men said they didn't care what their partner earned. Among the women surveyed this figure was slightly lower, at 59 percent.

“In my experience, it's important for women that their partner has a good job,” said Hegmann.

“He doesn't have to earn more – but often this is simply the reality, as women earn up to a third less than men in similar or equivalent positions.”

Hegmann did say that women often have stricter criteria than men when searching for a lover.

“A man looks for a partner who seems attractive and considerate,” he said.

“A woman has more criteria: her man should be engaging and affectionate, make her feel like she is his number one priority, and give her the impression that he can take care of her and their future family.

“For these reasons, a woman often won't consider a man who is unemployed.”

Women certainly don't look for tight-fisted lovers, he said, adding that “stinginess is never 'cool' in the hunt for a partner”.

Overall, around 16 percent of West Germans said they'd like their other half to be the bigger earner. In East Germany, only 5 percent of respondents said the same.

'We don't talk about money'

The Postbank survey found that the younger a couple was, the more likely there were to value emotion more highly than salary.

However, it also revealed that younger respondents were less likely to know what their partner's earnings were.

Around 20 percent of German couples keep their finances completely separate from each other, said Hegmann.

“For these couples, each partner is responsible for their own financial affairs,” he said.

This can have its advantages. “For example, there won't be any arguments about that expensive pair of shoes, the new television or other impulse buys.”

Six percent of German couples take things even further, he added – simply not talking about money at all with their partner.

This “we don't talk about money” principle helps to keep the peace in the relationship, Hegmann said.

However, around a third of couples take on joint responsibility for the finances, he added – and in around 20 percent of cases, the woman takes charge of all money matters, managing both the couple's joint account and her partner's finances.