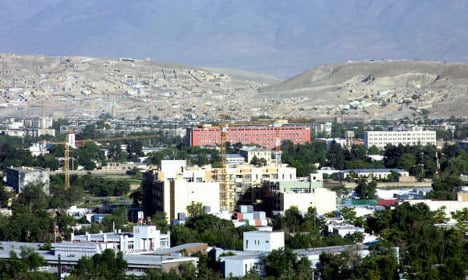 No group has so far claimed responsibility for the kidnapping, which comes amid heightened security in Kabul after a wave of recent devastating bombings that left more than 50 people dead.

Police officials said unidentified attackers abducted the woman on Monday morning from a central Kabul neighbourhood where a number of foreign aid agencies are based.

Two Afghan security officials and the head of an Afghanistan-based foreign NGO with contacts inside GIZ gave the same details.

An AFP photographer saw a maroon Hilux pickup truck outside GIZ's office in Kabul, with the backseat window smashed.

Security forces at the scene, who did not want to be named, told AFP the victim was taken from the vehicle and hauled away by gunmen.

The incident marks the second abduction of a GIZ aid worker since April, when an employee of the agency was kidnapped in the northern restive province of Kunduz.

Afghan officials said the man was liberated by security forces in late May.

Aid workers in Afghanistan have increasingly been casualties of a surge in militant violence in recent years.

In April the bullet-riddled bodies of five Afghan workers for Save the Children were found after they were abducted by gunmen in the strife-torn southern province of Uruzgan.