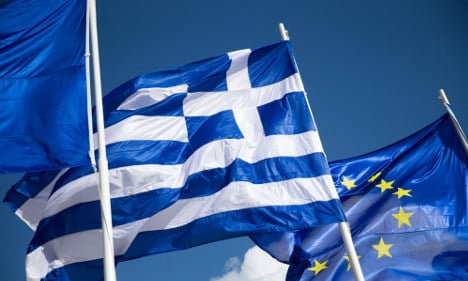 A deputy to Finance Minister Wolfgang Schäuble, Jens Spahn, told Deutschlandfunk public radio that the 400-page draft agreement between Greece and its creditors appeared to largely implement a watershed accord with European leaders from July.

But he said Germany and France were still seeking clarification on key points and hoped to get answers at a meeting this week of eurozone finance ministers.

“Germany is not the only country that still has questions at the moment. We still need to talk with each other on a few issues. That is why we have a Eurogroup meeting on Friday in Brussels,” he said.

“We need more details in some areas. That is what we need to talk about – by the way we have a joint proposal from France and Germany,” he added without providing further details.

Spahn, seen as a rising star in German Chancellor Angela Merkel's conservative party, said it was clear that the Greek government had “come a long way” and been “very constructive” during the negotiations, with a “high degree of willingness to reform”.

“There is a clear recognition that Greece needs to change if it wants to stay in the eurozone,” he said.

“You have to acknowledge that. A lot has been achieved.”

German finance officials were said to have raised “open questions,” especially on Greece's debt sustainability, the role of the International Monetary Fund and on privatisations.

A finance ministry spokesman said Wednesday that Berlin would need until the end of the week to review and evaluate the agreement.

Greece and its creditors — the EU, European Central Bank (ECB) and International Monetary Fund – are under pressure to finalise the deal by August 20, when Athens must repay some €3.4 billion to the ECB.

Greek lawmakers will hold an emergencyparliament session on Thursday for a crucial vote on ratifying a hurriedly-concluded bailout deal, but Germany – Europe's de facto paymaster – has cast doubt on the agreement.

Greece and its creditors reached a technical agreement on a third international bailout after marathon talks in the early hours of Tuesday morning but the deal, which Greek Prime Minister Alexis Tsipras says should promptly unlock default-saving funds for his debt-crippled country, must still be approved by eurozone member states.

A Greek government source said Tsipras had called an emergency session of parliament for Thursday, and eurozone finance ministers will then meet the following day to give their verdict on the deal, Eurogroup President Jeroen Dijsselbloem's spokesman said on Twitter.

As eurozone ministers prepared to examine the accord in Brussels on Friday, Tsipras said he was confident the 400-page document — set for a parliamentary vote in Athens late on Thursday night — would be approved.

“I am and remain confident that we will succeed in reaching a deal and loan support … that will end economic uncertainty,” he said.

But in an apparent swipe at Germany, the 41-year-old premier said certain EU states had a “hidden plan to reshape the eurozone, using Greece as the excuse.”

“Greece will not give them the excuse,” he said.

“We have formulated questions,” Germany's finance ministry said in a statement on Wednesday. “These are part of the review process which is not yet completed.”

Separately, EU sources said Greece will tumble back into deep recession this year.

Greece has repeatedly complained that the austerity measures demanded by its creditors — the EU, the ECB and the International Monetary Fund — in return for two previous bailouts have only hurt an economy that has contracted by a quarter since the crisis broke.

The latest rescue package calls for a gas market overhaul, ends most early retirement schemes, eliminates fuel price benefits for farmers and raises some taxes, among other measures.

The government said Greek banks – which were forced to shut down for three weeks as panicked customers withdrew billions of euros – would immediately receive €10 billion from the package, and will be fully recapitalized by the end of the year.

The draft deal comes after months of acrimonious negotiations between the creditors and Greece's left-wing government, which took power in January.

Investors reacted with relief to news of the outline deal, with shares in Athens closing Tuesday 2.14 percent higher for a fourth straight day of gains.

But the positive run ended on Wednesday with the ATHEX index closing 1.93 percent down.

An EU source said it was unclear if the bailout would be finalized by the August 20th deadline — leaving open the possibility that Athens might need a few days of emergency funding.

“In that case, we need all the member states” to approve such a loan, the source added, in what could pose a fresh headache for negotiators.

Finland's Finance Minister Alexander Stubb – one of the hardliners on the bailout accord – told AFP that Helsinki would carefully scrutinize all the details.

Tsipras is under pressure from hardliners in his radical left Syriza party who say the new accord will pile further austerity on a weakened economy and goes against the party's campaign pledges. He suffered a major mutiny by Syriza members in two previous votes on the bailout.

The embattled prime minister has warned that he may be forced to call early elections if the dissent continues.

“While Greece appears finally to be on the verge of receiving a third bailout, the extremely optimistic economic and fiscal projections underlying the plan suggest that it might not last for very long,” he said.