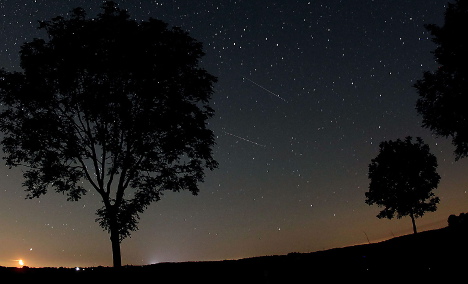 Stargazers, evening strollers and beer garden visitors across Europe are in for a treat this week – as the annual Perseid meteor shower makes its way across the northern hemisphere.

The meteor shower is set to grace Europe's skies throughout the first half of August, and has been at its peak from Monday to Thursday this week – but the real show-stopper happens on Wednesday night (August 12th).

The best time to view the shower should be between 10pm on Wednesday and 4am on Thursday morning, Berlin Planetarium advises.

The science of meteors

The meteors themselves are miniscule dart particles, fragments of the comet Swift-Tuttle.

As the comet slowly disintegrates whilst orbiting the sun, it leaves behind this trailing debris of particles, each between a few millimetres and one centimetre in diameter.

Around mid-August every year, the Earth passes through this debris trail on its orbit of the sun.

As each dust particles enters the atmosphere – at around 60km per second –it creates a blazing trail of white-hot air.

The Planetarium estimates that at the shower's peak time, viewers in the best locations could see up to 100 of these glowing meteors per hour.

How best to watch them

Monika Staesche, Scientific Manager at the Berlin Planetarium, has a few tips for getting the most out of the week's after-dark shows.

The first of these is to try and get out into the countryside.

“The city lights are a big problem,” she told The Local. “So I normally suggest people get out of the city.”

The Perseid meteor shower is named after the constellation Perseus, from which it appears to radiate outwards.

However, those keen to catch a glimpse don't need to have an expert knowledge of constellations: the shower can be spotted in any part of the night sky.

This means you should try and find somewhere with a nice view all around, Staesche advises – with no trees or mountains blocking out parts of the sky.

With the recent mild nights and pleasant weather in Germany, people shouldn't have to take too many extra precautions if they want to watch the show this week.

“Meteors are just glowing air!” she explained. “It's not like looking at the sun through a telescope.”

Night-time insects could prove an irritation, though – with Staesche warning viewers to “watch out for the mosquitoes!” if they head out.

Interest in the annual Perseid shower has definitely grown over the years, she said – mainly thanks to social media sites such as Facebook spreading awareness of the event.

The Perseid meteor shower may just be a load of hot air, but it's captured the attention of Europe. 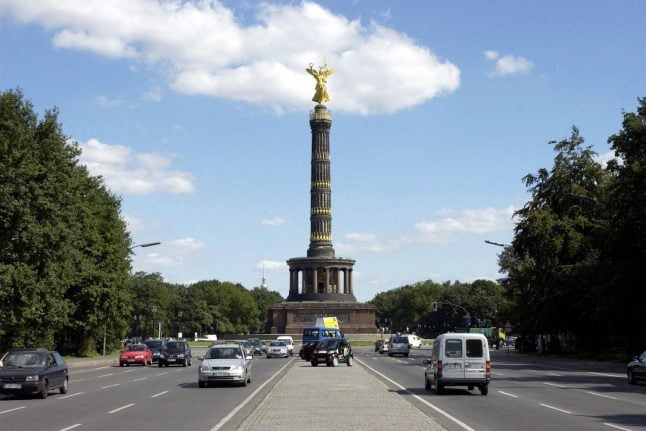 NAMES
From strict to starry: discovering the original meaning of my German name 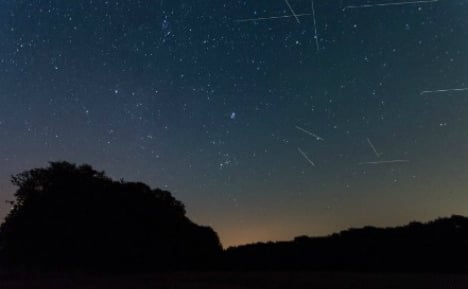 GERMANY
Top tips for watching the meteor shower in Germany

I was no longer Stern – implying serious or strict in English – but Schtern (since the ‘St’ is pronounced as ‘Sch’ at the beginning of words in German), or star.

Only when visiting Germany for the first time, on a impromptu trip in 2008 while living briefly in nearby southern Sweden, did I discover the ubiquity of Stern, be it a Sternfahrt (Star cruise), the Großer Stern square in Berlin's Tiergarten or several Stern Hotels. Stern seemed schöner when plastered on a boat adrift on the summery Spree or on a giant monument adorning a regal park.

Growing up in California, I had never fancied the meaning of Stern in English. It reminded me of the gargoyle-like stare I would receive from a teacher, ironically named Ms. Bore, for whispering in class. I had heard its other meaning in German, but it didn’t register until I would begin saying it – and thinking about it – differently myself.

A conversation with a German acquaintance shortly after moving here in 2012 for a journalism fellowship (not at Stern magazine) still stands out to me. “Are you…,” he began, shifting his eyes around the room as though we were spies about to exchange an encoded document, “erm, Jewish?”

“I’m not religious or anything, but yeah, culturally. I suppose my family celebrated a bit of everything, though,” I said, thinking of the mini plastic Christmas tree we kept next to a Menorah each December. “Why do you ask?”

“You have the name Stern,” he replied more matter of factly. “And it’s a Jewish name, though I think I’ve only seen it in Germany in history books or documentaries.”

I can see why, as Germany’s best known Sterne are part of the past. One of the most recognized is Itzhak Stern (1901-1969), the accountant who worked for Oskar Schindler in Krakow and is credited with typing the famous Schindler’s List, or Jews who he helped save by putting them to work at his factory during the Holocaust.

Others were renowned for their contributions to academics: Moritz Abraham Stern (1807-1894) was a famous mathematician, and the first Jew to hold full professorship at a German university, Georg-August-Universität Göttingen. The physicist Otto Stern (1888-1969) was the second most nominated person for a Nobel Prize, with one win in 1943, a decade after he had emigrated to the US once the Nazis came into power.

Curious about the modern Sternweg (trail of stars), I searched on Facebook for my other namesakes, finding them largely in the US, Israel and even Argentina, all immigration destinations of once deutsche Sterne. My own family had left the German and Yiddish speaking areas of Europe for these countries in the 1920s and 30s. Suddenly it felt more meaningful living where they had left, keeping alive an old name in a modern context.

Nowadays, while Stern is one of the most common words in Germany, I often experience how it is one of the least common names. Several times in the six years I have lived here, heads deep in magazines in doctors’ waiting rooms have abruptly tilted up at me when it’s called. Germans especially familiar with English pronunciation have self-corrected themselves, usually resulting in something like, “Hallo Frau Scht…Stern.” Some have seemed to suspect that Stern is my pseudonym. “That’s so funny,” a computer repair specialist told me as I filled out my surname on a form. “Is that your real name?”

Yet I have received some positive reactions as well. Most are a modest, “What a lovely name!” Once one was incorporated into a rare pick-up line issued by a German: “Ach ein Stern, wie im Himmel!” (“Oh a star, like in the sky!”)

Recently, feeling a bit nervous before interviewing a conservative German politician notorious for her harsh remarks, I was greeted with an unexpectedly warm reception. “Rachel Stern: that sounds like the name of a movie star! I was so thrilled to see I’d be interviewed by someone with this name!” she gushed, also struck by the novelty of Rachel – a name she had also only heard in American films or the TV show Friends.

When I visit the States, it can be refreshing that nobody flinches at either of my names, the same way it’s refreshing to always receive tap water in restaurants, and smiles from strangers who are sober. Yet my unusual name in Germany makes me think more about my own identity in a way I wouldn’t had I never been challenged to do so. Whether introducing myself here in German or English, I will usually say that I’m “Rachel Stern, or Schtern” and somehow that sounds just about right.

READ MORE: Oh fork! The joys (and shocks) of German dining customs as an American 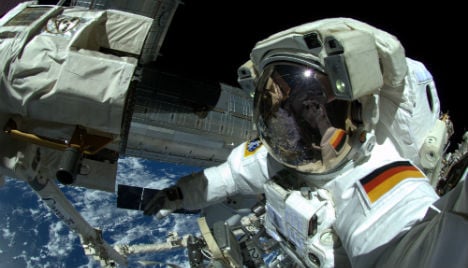 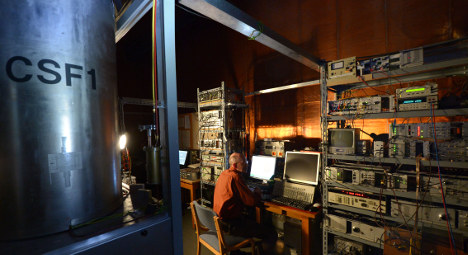 SCIENCE
How Germany will deal with the leap second
Url copied to clipboard!