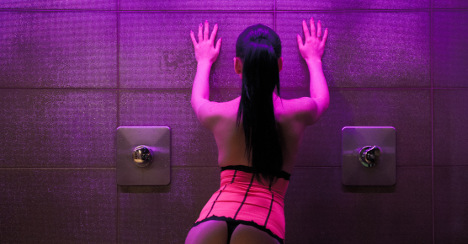 “Sex workers are one of the most marginalized groups in the world who in most instances face constant risk of discrimination, violence and abuse,” Amnesty International Secretary General Salil Shetty said in a statement on Tuesday.

“We recognize that this critical human rights issue is hugely complex,” he added.

While the resolution includes much language about protecting sex workers' human rights and addressing the social and economic issues that can lead people to turn to sex work in the first place, it also calls for “recognizing and respecting the agency of sex workers to articulate their own experiences and define the most appropriate solutions to ensure their own welfare and safety”.

A swathe of Hollywood celebrities joined in a campaign in the days before the Amnesty vote to stop the resolution going through, including Lena Dunham, Meryl Streep, Emma Thompson, and Kate Winslet.

The complexity of the issue and the range of perspectives were on show in the reaction in Germany.

“Germany remains a place that's not as we'd like it to be, which is a country where sex work is fully decriminalized,” Undine de Rivière of sex workers' union BesD told The Local. Although a Supreme Court decision in 2000 found that prostitution was no longer “unconscionable” and a 2002 law defines the legal conditions for work in brothels, sex workers still face many risks.

Authorities in each German state can define “exclusion areas” where prostitution – or even meeting clients – is forbidden.

These can cover a whole village or a district of a city, or forbid only street prostitution over similar areas around the clock, or only at certain times.

And some German states have their own laws banning prostitution in all communities smaller than 30,000 people (Thuringia and Bavaria) or 35,000 (Baden-Württemberg).

“It's forbidden to practice sex work in 97 percent of Munich, for example,” de Rivière said. “We have colleagues in prison for working in the wrong area or just talking to clients on the street.”

BesD contributed to the Amnesty studies that informed the resolution passed on Tuesday, and de Rivière said the union was “extremely happy that the final result matched the evidence we contributed.”

“Around here [in Germany], prostitutes are no longer pursued or punished, it's above all about protecting them from exploitation by people traffickers, pimps and brothel keepers,” the authors argue.

“[Amnesty] wants to protect only those who earn billions from trading in women from punishment.”

Emma's views were echoed by Sowodi, the German organization that helps victims of forced prostitution.

“Women in prostitution are daily exposed to unspeakable violence and often carry the scars for their whole lives.”

Amnesty was “placing itself on the side of those people” who beat, rape, abuse and kill women, Ackermann said.

“Amnesty's own studies and other research show that decriminalizing sex work and the surrounding environment, like brothels and clients, would improve the situation… giving sex workers better access to healthcare and advice and reducing the factors that exclude them from society.

“Since the abolition of the law against abetting prostitution in 2002 [meaning that brothels were allowed to operate legally], there is no evidence that there has been an increase in human trafficking or prostitution in Germany.”

Sex workers' organizations have recently been fighting government plans for a new law that would require their members to register with the authorities and have regular medical examinations, as well as making condom use compulsory.

“[The new law] has a lot of unknowns in it. All the provisions so far are new obligations for sex workers,” de Rivière said. “It will make it harder to do sex work and bring many into conflict with the law.

“Many will hide away, and they won't be able to turn to the police for help – for example, if they're beaten up by a client – if they aren't in compliance with the law.”

De Rivière said that BesD would urge lawmakers to take note of the fact that Amnesty had recommended “decriminalization, not legalization – which can mean regulation and be very counter-productive.” 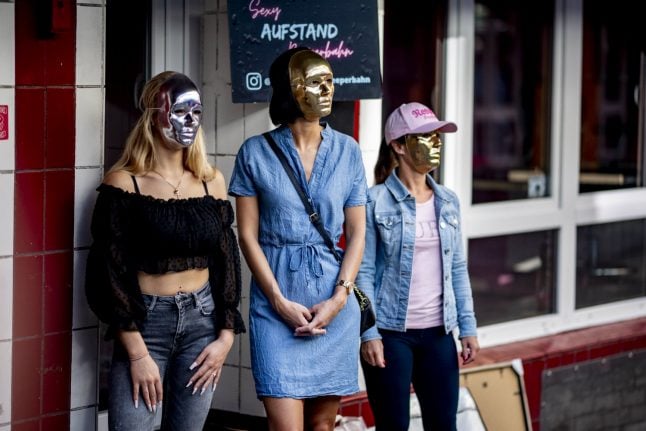