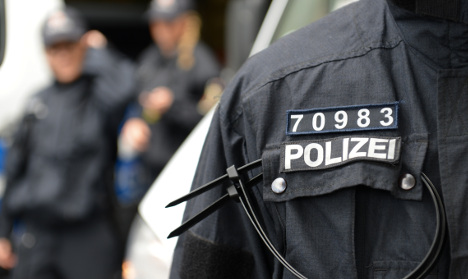 “From a policing point of view, a return to border controls would be the best of all measures,” said Rainer Wendt, chairman of the German Police Union (DpolG), in a newspaper interview.

The union, which wants an extra 1,000 personnel, was later Tuesday to show Interior Minister Thomas de Maiziere the “catastrophic conditions” for overworked police near the German-Austrian border.

In EU talks on the refugee crisis, “Germany should not take the threat of bringing back controls off the table too readily,” Wendt told the Passauer Neue Presse.

Europe has abolished passport controls between 26 countries in the so-called Schengen zone, which incorporates 26 EU members and stretches from Spain to Finland, and also includes Switzerland, Norway, Iceland and Liechtenstein.

However, police have stepped up spot-checks of travellers on inter-European trains, highways and flights.

Germany, the most populous EU nation, has struggled to process and accommodate a record wave of asylum-seekers fleeing war and poverty that is expected to top 500,000 this year.

Wendt said that bringing back passport checks – as Germany did temporarily while hosting a G7 summit in June – would help catch criminals.

It would also allow Germany to send back refugees immediately to the country from which they entered the Schengen zone, where they should technically lodge their asylum request, he said.