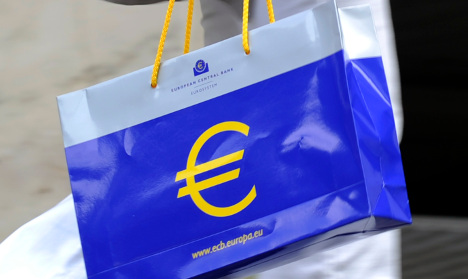 Greek Finance Minister Euklid Tsakalotos said in a television interview that there were only “one or two small details” to be cleared up before the deal was announced.

MPs in Athens will have to vote on the programme, with media in Greece reporting that it may reach the parliament as soon as Thursday night – the day before the meeting of the Eurogroup (eurozone finance ministers).

The Greek government hopes to reach a deal before August 20th so as to be able to make a €3.2 billion payment to the European Central Bank.

A third bailout programme is expected to reach around €86 billion overall.

But even if it's accepted by Greek parliamentarians, it will have to get through a number of other European legislatures – including the German Bundestag – before it takes effect.

In a clear signal aimed at smoothing future votes, Volker Kauder, the leader of Chancellor Angela Merkel's Christian Democratic Union (CDU) party in parliament, warned his troops on Sunday that rebels could expect to be punished for failing to fall into line on the Greek question last month.

“Those who voted no [on the question of whether to open a fresh round of negotiations with Greece] can't remain in committees where we're trying to keep our majority, like the budget or Europe committees,” he told Welt am Sonntag.

“The party group sends colleagues into committees so that they can represent the position of the group.”

At the vote last month on whether to open new negotiations, 60 CDU MPs voted against the motion – and there's a chance more could rebel now that more cash is on the table.

Kauder's threats of consequences for MPs who vote against the party line appear to have backfired, with CDU MP and Greece rebel Veronika Bellmann telling Bild on Tuesday that “threats and sanctions are the last resort, and more an expression of helplessness because one's toolbox is empty”.

Junior finance minister Jens Spahn told ARD television on Tuesday morning that the bailout package would have to be sustainable from a German point of view.

“This has to hold up for three years, not just three days,” he said.

Details of the creditors' demands published by Kathimerini newspaper on Tuesday showed that there would be increased taxes on shipping companies, and an end to tax breaks for farmers and tourist islands.

The country will have a hard road ahead as it shoots for targets of 0.5 percent surplus in 2016 and 1.75 percent in 2017 – although these are lower figures than those that had been demanded by creditors before Greece's previous bailout programme ran out.