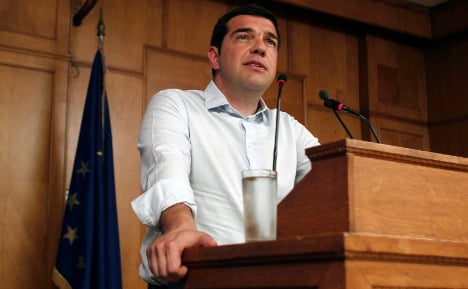 With just two weeks to go until an August 20 deadline when Greece must repay some 3.4 billion euros ($3.7 billion) due to the European Central Bank, the unnamed official told Bild: “It can't be done.”

European Commission head Jean-Claude Juncker told AFP in an interview Wednesday that he believed an agreement was likely this month, “preferably before the 20th”.

Officials from the Commission, the ECB, the EU's bailout fund and the International Monetary Fund are currently in Athens working out the details of the new rescue worth up to 86 billion euros.

The Greek government said Tuesday it expected an agreement by August 18.

A German finance ministry spokesman said Monday there was still “a series of points to clarify” before a deal could be struck, notably on the issue of “conditionality” or the principle of economic reforms in exchange for aid.

He declined to comment on how long he thought the negotiations would take.

German Chancellor Angela Merkel's government has maintained a hard line with Greece throughout the debt crisis, insisting on compliance with previous agreements before fresh assistance is offered and often throwing cold water on optimism expressed in Brussels or Athens.

Bild, Europe's top selling daily newspaper, has conducted a campaign against further aid to debt-mired Athens and urged a “Grexit”, or a Greek exit from the eurozone.