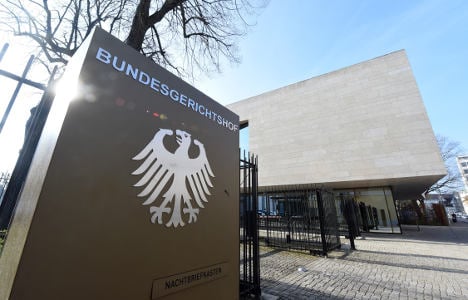 On Tuesday the Federal Court confirmed a three-year jail sentence for the couple which had been handed down by a court in northern Bavaria in 2014.

In 1999 the young mother and her partner decided to break off the medical treatment of their son's cystic fibrosis and instead tried to treat him through a regime of fasting and meditation at their home in Lonnerstadt.

After three years of this process, at the age of 12 the child managed to escape to his natural father, despite being severely malnourished.

Ten years later he reported his mother and her partner to the police. He didn't want what happened to him to be allowed to happen to others, his lawyer said.

For the justice system it proved to be a complicated case. A year ago the county court in Nürnberg-Fürth sentenced the couple to three years in jail for serious abuse of their duty to protect.

But the mother and her partner, today 50 and 56 respectively, appealed the decision, saying that the child had himself been able to choose the form of treatment he wanted.

The presiding judge said on Tuesday that his colleagues had spent a long time debating the case.

The accused were responsible for the child's safety, he said. And while they had not actively tortured the child, they had not taken any active measures to have him properly treated and thus had caused him extreme suffering, he added.

“The court sees a form of torture in this act,” said the judge.

The son's lawyer announced that his client was “happy that it is over now.”

The case against his own mother had been an enormous psychological challenge which the young man had only been able to get through with the support of his remaining family members, the lawyer said, adding that his health is relatively good at the moment.

During the case the mother's partner became known in the media as the “Cult leader of Lonnerstadt.”

Speaking during the trial, the son said that his mother's partner had promised he would get better through meditation.

“If I did everything, if I meditated, I would be cured by the time I was 17 or 18,” he said during the trial. But in the three years he lost so much weight that he ended up weighing only 28 kilograms.

“It was hell for me,” he told the court.