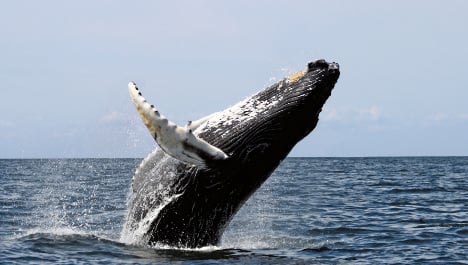 A group of German and American researchers led by Sabine Mathesius of the Potsdam Institute for Climate Studies (PIK) published the findings in the journal Nature Climate Change.

The scientists ran computer simulations to try and work out the effects of removing CO2 from the atmosphere by artificial means – so-called 'geoengineering'.

They found that the oceans would be affected for centuries to come unless CO2 emissions were reduced at the source – even if twice the amount of CO2 could be removed from the atmosphere every year as is currently emitted.

High levels of CO2 in the atmosphere cause water at the surface of the oceans to become more acidic.

That acidified water is then drawn down into the depths of the sea as part of its normal circulation, where it can remain beyond reach of any artificial techniques to fix the problem.

“In the depths of the ocean, the chemical echo of CO2 emissions caused today will resound for thousands of years,” said PIK director and study co-author Hans Joachim Schellnhuber.

“If we don't implement emissions reduction quickly that correspond with the two-degree limit, it will not be possible to maintain the oceans of the world as we know them today.”

Increasingly acid seawater threatens many species that are fundamental to ocean food chains, including coral, mussels and sea snails, because it reduces their ability to form their shells and skeletons.

Even fish, especially juvenile ones, are affected by the problem.