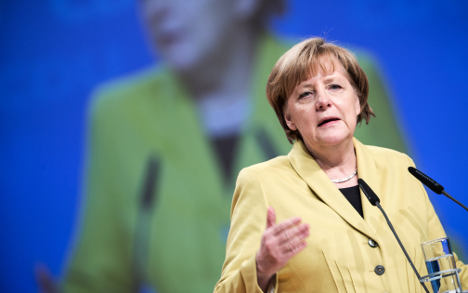 Merkel has already met with Christian Democratic Union (CDU) party secretary Peter Tauber to discuss who will coordinate her push for re-election in 2017, Spiegel claims.

The Hamburg-based magazine, which has a circulation of around 900,000, also reports that Merkel has discussed the issue with Horst Seehofer, leader of the Christian Social Union, the CDU's Bavarian sister party.

Merkel has told party colleagues she will make an official statement on the matter at the beginning of 2016.

If Merkel were to be re-elected in 2017 and then serve a whole four-year term, she would have been chancellor for 16 years, thus tying Helmut Kohl (CDU), who was chancellor from 1982-1998, as the longest serving chancellor in the history of the Bundesrepublik (the post-1945 German state).

But she would need to serve another term (meaning she would be in office until 2025) to overtake the 19 years Otto von Bismark served as Chancellor from the founding of the German state in 1871 until 1890.