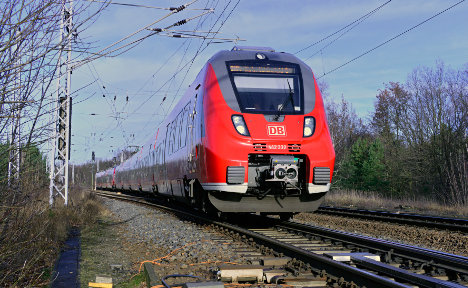 On Sunday, passengers on trains between the towns of Rheydt and Mönchengladbach received a bizarre announcement, reports Express.de.

Services were experiencing delays – because someone was using the tracks as a sunbed, forcing Deutrsche Bahn (DB) to suspend its services between the two towns.

But a short while later, the all-clear came via Twitter.

The tracks were free to use again – because the sunbather had found them “too uncomfortable”, the tweet announced.

Areas across Germany experienced baking sun over the weekend due to an area of high pressure, which is likely to keep temperatures across the country in the high 20s and 30s for most of the week.

Temperatures in Mönchengladbach reached 27°c on Sunday, and are expected to climb to well above 30°c in the course of week.

Meanwhile, Berlin could experience highs of 37°c by the weekend.

Germany is set to remain fairly dry for the first part of the week, while Tuesday night will see showers move in from the west and spread eastwards throughout the night.

Thursday and Friday are expected to stay fairly dry and bright.