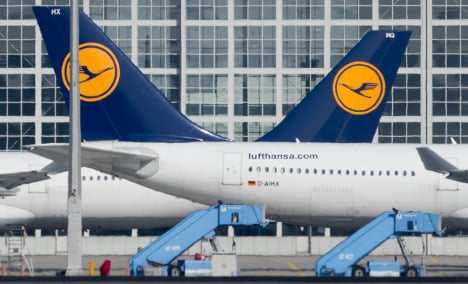 The report beat the expectations of analysts polled by financial services company Factset, whose average forecast was €279 million.

Among the fortuitous factors for the company were low fuel prices and a rise in interest rates which automatically eased pressure on the airline to top up guaranteed pension levels.

Such effects outweighed the weakness of the euro against the US dollar, which put pressure on earnings, costing €158 million during the first half.

Turnover climbed by nearly nine percent to €8.4 billion during the second quarter despite a decline in per-passenger income of nearly six percent due to ferocious competition in the sector driving down prices.

During the first half, when the airline was hit by crippling pilot strikes which cost €100 million, net profit reached €954 million compared to a net loss of €79 million during the same period in 2014.

Menne said the second half would be “more demanding”.

“The pressure on income per passenger will continue and we will no longer have some of the positive effects seen in the first half,” she said.

Lufthansa confirmed its forecast of adjusted earnings before interest and taxes for the year of more than €1.5 billion.

The airline has been in the headlines constantly over the Germanwings crash in the French Alps on March 24th that killed 150 people, which has been blamed on a suicidal co-pilot.

Lufthansa was forced this month to defend its treatment of families of victims, saying a settlement offer it made had gone “well beyond” what was required by law.

Relatives of German victims have turned down the parent company's compensation offer and accused it of ignoring their suffering.