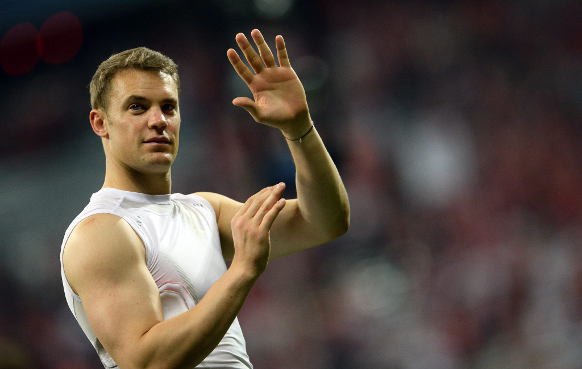 The interview appeared in Kicker's special edition marking the start of the Bundesliga season. The journalist asked Neuer, who plays for national champions Bayern Munich, the standard questions about his expectations for the season and his thoughts on potential challengers for Bayern's crown.

But in the middle of the conversation came a rather strange query.

“I choose partners that I can stand behind,” replied Neuer. “They need to suit me. Allianz for example stands for support, similar to my role as goalkeeper.

“Coke Zero is aiming for nil, something that I'm also always trying to achieve,” he went on. “Sony means quality of image, and that is also necessary for me.”

The apparently contrived nature of the question and the seemingly memorized answer opened the floodgates of derision on Twitter and #Neuer quickly started trending.

Another Twitter wag suggested the addition: “not to forget my sponsor BMW, because FC Bayern are the engine of the German league.”

One Twitter user suggested that Neuer be sponsored by a voice recorder company “because I repeat any old bullshit that someone tells me.”

The German media also picked over the morality of slipping branding into a football interview.

Stern said it raised questions about the ethics of Kicker, Germany's best-selling football magazine, since the question seemed prearranged for the sole purpose of showing Neuer's brand partners in a good light.

But Neuer's PR manager defended him, telling Tagesspiegel he had simply given and an honest answer to the question. He claimed it was not a precondition of the interview that the journalist mention Neuer's brand partners.

Kicker also denied they had agreed beforehand to pose the question.

“It would be far more questionable, indeed hypocritical, to act as if this side of professional sport did not exist,“ he said.