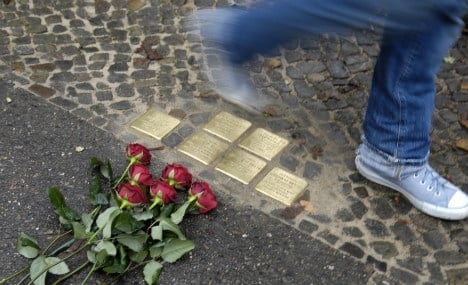 A pedestrian walks by a group of Stolpersteine. Photo: DPA

The Munich City Council said that the small brass ‘Stolpersteine’, meaning stumbling blocks, had no future in the city after a majority of ‘no’ votes by the council and the Jewish Community of Munich, the largest Jewish group in the city.

Instead, the city said it will allow the placement of plaques on the walls of the houses where Nazi victims once lived and is also drafting plans for a central monument with all the names of Munich victims.

The cobblestone-sized stumbling blocks were started as a project by German artist Gunter Demnig in 1996 as a way to commemorate the millions of victims of the Holocaust with a stone placed outside their last known residence. The stones can be found in the pavements of more than a dozen countries across Europe.

Each stone includes the victim's name, date of birth and information about their fate: whether they were deported to a concentration camp and which one, as well as where they were murdered or if they were forced to flee. But Munich, the historical home of the Nazi movement, banned the stones in 2004 after pressure from a perhaps unexpected place: the president of Munich’s Jewish Community, Charlotte Knobloch.

Knobloch, a German-Jew who lived in hiding as a Christian during the Second World War, has said that the stones are not an adequate way to remember victims because their memories are desecrated every time someone walks over the blocks.

“People murdered in the Holocaust deserve better than a plaque in the dust, street dirt and even worse filth,” she said in a statement to AFP in January.

Nearly 100,000 people had signed a petition, calling on the city to lift the ban.

The decision on Wednesday not to allow the stumbling blocks and put other memorials in place was a compromise between opponents like Knobloch and supporters like mayor Dieter Reiter, reported newspaper Süddeutsche Zeitung.
“I am positive that this proposal can solve a decades-long fight,” said Cultural Advisor Hans-Georg Küppers, who had proposed that the city use all suggested forms of commemorating victims, including the stumbling stones.
Küppers added that the ultimate goal should be to establish a vivid “network of cultural remembrance”.
A group of Jewish concentration camp survivors and victims' families said in a statement that they would launch legal proceedings against the Stolpersteine ban.
Munich native Ernst Grube, 83, who survived the Theresienstadt camp in what is now the Czech Republic and lost several family members to the gas chambers, has been one of the more out-spoken proponents of the memory stones
“Justice will prevail,” Grube said. “Many of us will, sadly, no longer live to see the day.”
Note: This story has been updated to reflect a better translation of the Jewish group Israelitische Kultusgemeinde München. 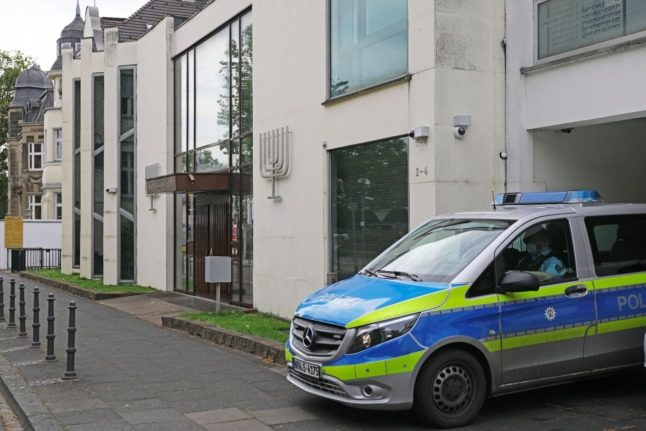 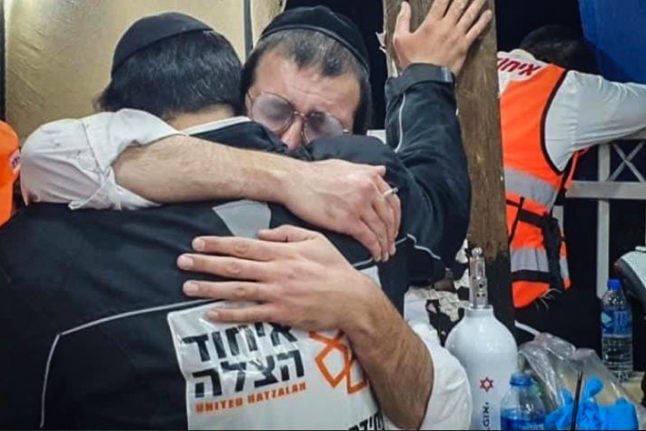